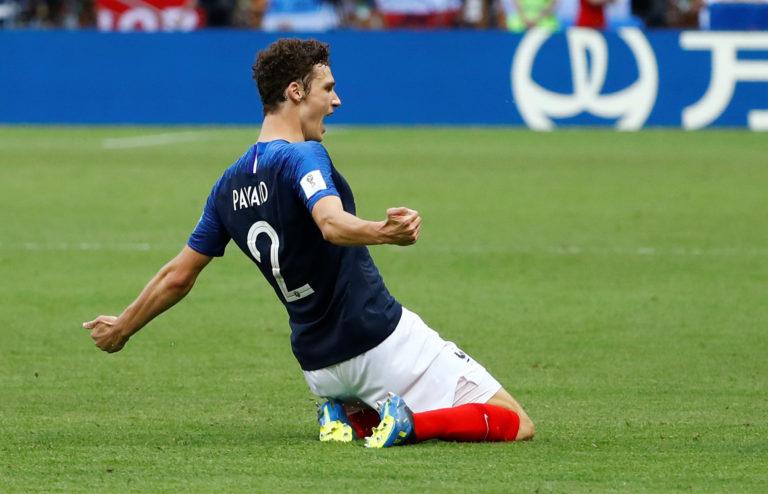 Who can forget the goal by Benjamin Pavard against Argentina that broke a million hearts and Messi’s dream. That wonder goal made him a household name and showed the world the rise of a new world class defender.

Them 22-year-old had an exceptional World Cup that saw his help his team to the win the World Cup and now has been linked to various top clubs across Europe. Tottenham Hotspur have also been linked with a move for the France defender.

Spurs have now been linked with a £44m move for the Stuttgart player to strengthen their back-line.

With the future of Toby Alderweireld, Jan Vertonghen and Kieran Trippier under doubt the young player could be an ideal choice for the defensive role if any of the player decide to leave.

Pavard made his France debut in November last year but his impressive performances got him into the squad for the Russia World Cup.

Tottenham will face a tough task in luring the Frenchman away from Stuttgart as he has a clause in his contract that would allow him to leave the club next summer for £30.9m and the Bundesliga club claim they will resist big offers for him this year.

However Spurs face competition from PSG, Bayern Munich and Atletico Madrid etc who are monitoring the player.

The young player played for France as a RB but plays as a CB for Stuttgart this makes him an ideal choice for both the positions and given the versatility he has shown at such a young age he is a perfect fir for Mauricio Pochettino’s side. He will also help the Spurs side to switch between 4-2-3-1 and 3-4-2-1 formations.