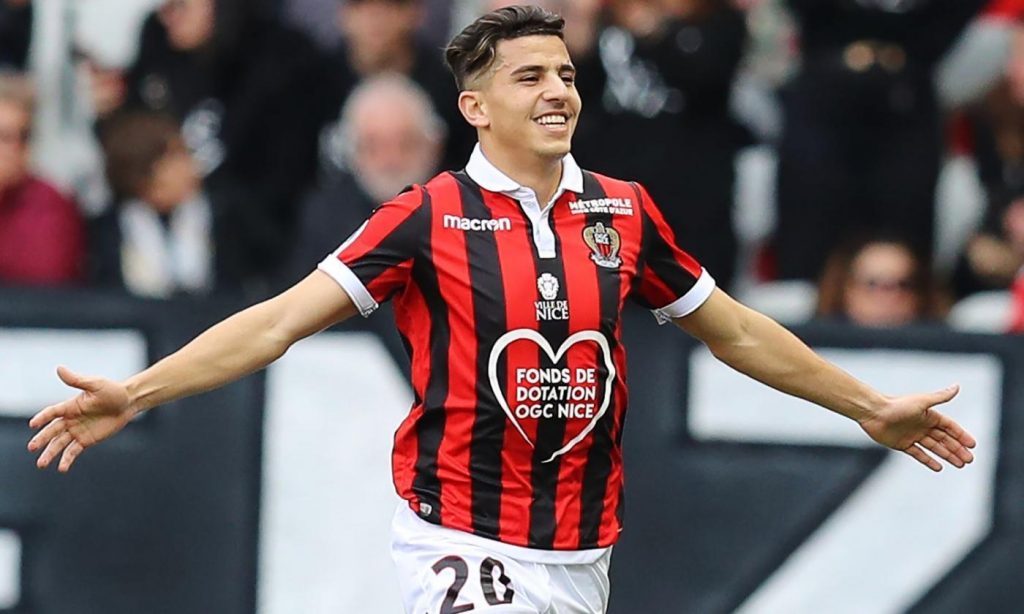 Tottenham Hotspur are interested in Youcef Atal, the young right-back, who had an excellent breakthrough season for OGC Nice having scored 7 goals and assisting 3 in 44 games that he has played under Patrick Vieira.

The former KV Kortrijk defender arrived in Italy in 2018 and performed pretty well even after being injured from December of last year. The 23-year-old has undergone a knee surgery and will be ready for Jose Mourinho’s side by the start of next season.

According to Le Foot in France, Tottenham will face a tough competition from Paris Saint Germans, who are looking for a considerable options to replace outgoing Thomas Meunier.

They write that the Ligue 1 champions ‘haven’t given up on him’, while Spurs ‘are very closely interested’ in the right-back; a position they direly need to bolster.

Tottenham are definitely out of full-backs having sold Keiran Trippier to Atletico Madrid in June of last season and loaning Kyle-Walker Peters to Newcastle this January. They only have Serge Aurier at their disposal.

The dependence on Aurier cannot be continued for long and that is why Spurs need to sign a right-back at the earliest with young Atcel being the perfect fit of missing jigsaw.

Tottenham back in for Nice’s Alassane Plea?