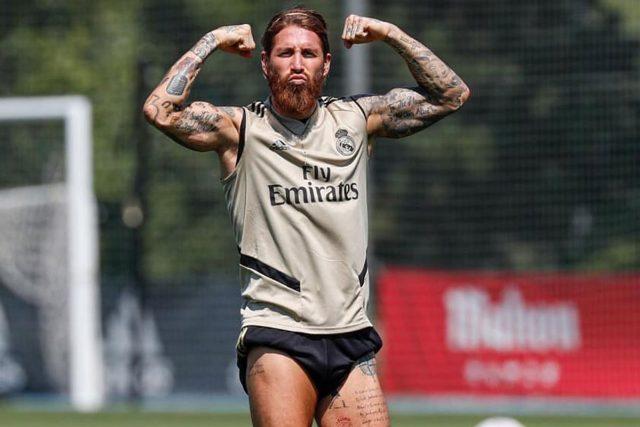 According to the reports from 90min, Tottenham Hotspur have joined the race to sign Real Madrid captain Sergio Ramos.

The legendary Spanish defender’s contract at the Estadio Santiago Bernabéu is due to expire in the summer, meaning clubs can enter talks over a Bosman transfer in January.

It remains to be seen where the 178 time Spanish International ends up but with Tottenham Hotspur entering the race it makes up for an interesting debate. Arguably the game’s greatest defender of all time and a CV that includes five La Liga titles, four Champions League titles and a World Cup his abilities cannot be questioned and on the other hand Ramos has never played outside of Spain and will except a big paycheck in order to be convinced to sign over the dotted line especially if there’s no transfer fee involved.

Also Tottenham Hotspur head coach Jose Mourinho has previously managed the World Cup winner during his time with Los Blancos winning the La Liga title with a record 100 points but in the final season the Portuguese coach had loggerheads with Ramos.

It feels a little puzzling why Jose Mourinho will want one more central defender in North London especially after the signing of Joe Rodon but with rumors of Davison Sanchez allowed to look for a club this January, Spurs will no doubt be looking for a new defender to replace the Colombian International.