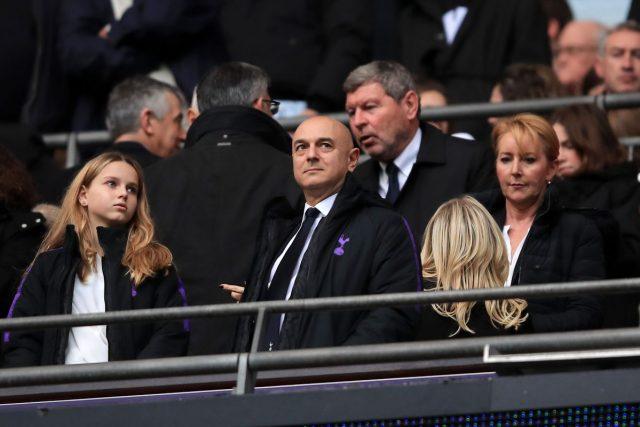 From Julian Nagelsmann to Julien Lopetegui and everyone in-between, the vacant managerial post at Tottenham Hotspur seems to have been widely regarded as a poisoned chalice by football coaches from the length and breadth of Europe. Nuno Espirito Santo finally got the nod, but let’s just say he was not the consensus pick.

In the space of just two years, Spurs have gone from reaching the Champions League final to a team that nobody seemingly wants to take on. Just what has happened?

Well, in that time Daniel Levy has sacked both Mauricio Pochettino and Jose Mourinho. He has also sold subsequent La Liga and Serie A title winners Kieran Trippier and Christian Eriksen to Atletico Madrid and Inter Milan respectively. Levy later brought Gareth Bale back to North London on loan for a massive wage, then signed the club up to the ill-fated European Super League only to be forced into a U-turn by outraged Spurs supporters.

It’s a jumbled, messy narrative following a new chapter in the story when the team moved into the Tottenham Hotspur Stadium. The new ground cost £1,000,000,000 but hasn’t generated anything like its potential income. Then there is the future of Spurs star striker Harry Kane, whose dilemma about whether to stay loyal or leave the club, although he rejects that notion, maybe behind his lack of form international duty for England during the Euros.

When you consider all that is going in and around Tottenham, plus the fact they only finished seventh in the Premier League with rookie caretaker coach Ryan Mason seeing out last season, is it any wonder that filling the post of manager was so difficult? There are other factors in play elsewhere too.

A place in the inaugural UEFA Europa Conference, the new continental club competition, awaits Spurs in the campaign to come. Tottenham would be an easier sell for Levy to prospective coaching candidates if they had Champions League football on the agenda. They are not the only club that had difficulties finding a new manager, though.

Across London and south of the Thames, Crystal Palace thought they had pulled off a coaching coup with former Borussia Dortmund boss Lucien Favre about to take the job. He had a last-minute change of heart, however, and that was that. Spurs seeking a new manager comes at a time when, right across the beautiful game in Europe, clubs are changing coach left, right, and centre.

Tottenham are odds-on in the current Premier League betting odds to improve on their domestic performance with a top six finish. The bookies also think getting back into the Champions League is possible with Spurs rated 4.00 chances in pre-season for a return to the top four. If or when Kane leaves, that price will inevitably lengthen.

The uncertainty surrounding the star striker’s future is pivotal. As Levy found out when selling Bale to Real Madrid some years ago, you can get good money for star players but reinvesting that in new players wisely enough to sufficiently replace them is a lot easier said than done.