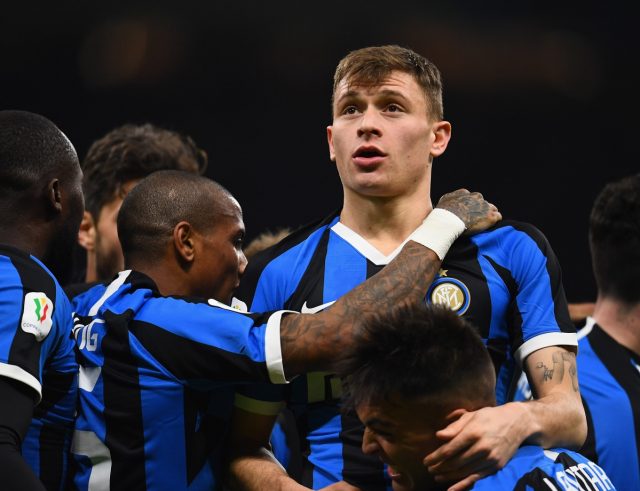 According to Calciomercato, Tottenham Hotspur are ready to rival Liverpool for the signing of Inter Milan’s Nicolo Barella.

The former Cagliari man has been one of the best players in his position since joining the 18-time league champions back in 2019. He has been an integral part of the side that reached the UEFA Europa League final last season and the 23-year-old has continued his fabulous displays this year with 2 goals and 6 assists in just 1378 minutes of league action.

While he contributes a lot going forward, Nicolo Barella is not shy of completing his defensive duties racking 2.8 tackles & interceptions per 90. Signing a talent like Barella could be laid down as a signal of intent to win the Premier League for Jose Mourinho and Tottenham Hotspur.

But Inter Milan will be in a position of strength should any potential deal happen for the Italian International as Nicolo Barella has contracted with Nerazzurri until 2024 and considering that Inter paid €40.5m (£36m) to bring him to the San Siro they would want to make a significant profit in this deal.