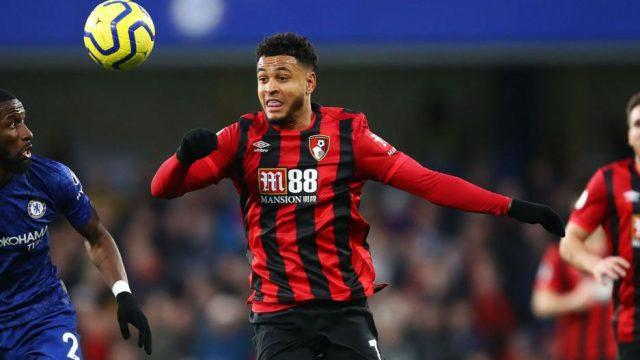 The north London side are understood to have initiated talks with the player’s agent last week and are said to be leading Newcastle United in the chase for the services of the forward.

Newcastle have been strong admirers of the Cherries player and are also interested in signing him this summer consider the failure of Joelinton to adapt to the Premier League so far.

Jose Mourinho’s side are also said to be on the market for a back up for Harry Kane who is current Tottenham’s only natural centre-forward after Troy Parrot was shipped on loan this summer.

The 28-year-old is seen as a perfect cover for the England international due to his experience in the top flight having been with Bournemouth since the summer of 2015.

According to Chronicle.live, the magpies are yet to start talks with the Norway international’s entourage over a possible switch to Tyneside this summer ahead of the the start of the 2020/21 campaign but still remain in the race for his signature.

Newcastle manager Steve Bruce has already revealed one of his main priorities in this summer’s transfer market is to add a forward to his squad, and with a restricted budget to work with, King seems to fit the bill.

Joshua King joined Bournemouth on a free transfer after two years with Blackburn Rovers. He has featured in 170 games for the relegated side since making the switch to the Vitality Stadium, and has found the back of the net 50 times for the club.

In the 2019/20 Premier League campaign, the Norwegian featured 26 times under then manager Eddie Howe, scoring on six occasions and providing a further four assists as the club failed to escape the drop into the Sky Bet Championship.