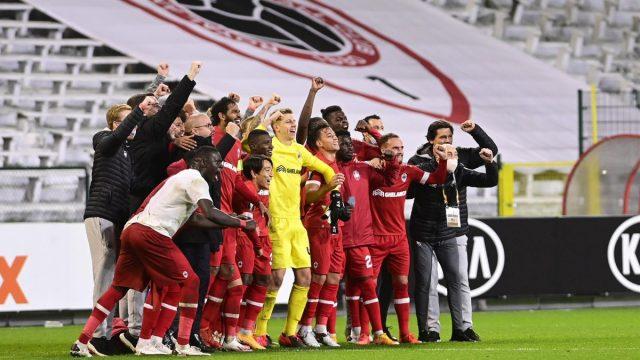 Spurs will look to avenge 1-0 defeat to Royal Antwerp when the two sides clashed last time at Bosuilstadion as they take on the Belgian side in an encounter to determine who wins the Group J of 2020-21 Europa League season.

Coming into the game the visitors sit top of the group holding a two point lead over the North London club and with qualification assured for the teams this game is an important encounter so as to who wins this group.

Tottenham’s form in all competitions: (W-W-W-D-D-W)

Tottenham might be the league leaders in the Premier League but they have not been able to replicate the same form in the UEFA Europa League this season. Even in the last game against LASK Linz, they threw 2-1 lead to draw the game 3-3. Head coach Mourinho even questioned the attitude of his players after the game, although he did acknowledge that motivation can be an issue in the early stages of this competition.

Royal Antwerp have been in the best of form coming into this fixture winning only three of the last six competitive matches played. Ivan Loko’s men are now looking to become the first Belgian club to win three successive away games in European competitions since Anderlecht in December 2011.

Tanguy Ndombele missed the North London derby at the weekend with a minor injury and Erik Lamela has not featured in five weeks so both of them are potentially out of the fixture. Joe Rodon is not a part of the Europa League squads so apart from these players Jose Mourinho has a perfectly healthy set of players to choose from.

As for the visitors, Matheus and Sander Coopman are injured and will not make the trip to N17.