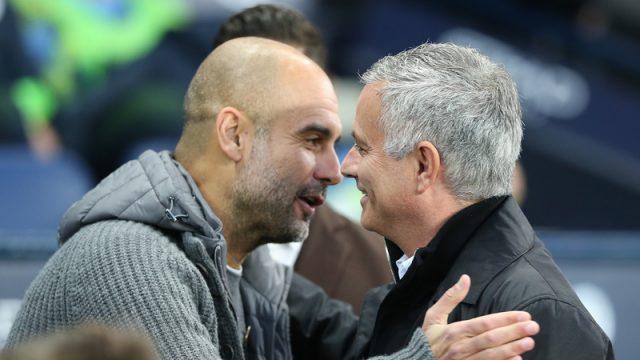 For the first time since 2017, Tottenham Hotspur enter the fixture sitting above their opponents and a victory for Jose will mean one more step ahead in the championship winning ambition while Pep Guardiola will be looking to crown a celebratory week which saw him finally put pen to paper on a new two-year contract at the Etihad Stadium on Thursday.

Pep Guardiola will most certainly want to win this match as his team currently languishes down in the tenth position although the Sky Blues have one game in hand. A draw or defeat will put more pressure on Pep’s men and will certainly mean that their hopes of winning a fifth Premier League crown will be dented.

Jose will miss the services of Matt Doherty after he tested positive for coronavirus while away with the Republic of Ireland. Steven Bergwijn remains a doubt for the match after international doctors deemed him not fit enough to feature in any of Netherlands’s UEFA Nations League games. But Erik Lamela and Tanguy Ndombele are back in contention to face The Citizens.

Raheem Sterling and Nathan Ake are both out of the game with Sterling picking a calf injury in England training. But uncertainty surrounding Oleksandr Zinchenko, who was part of the Ukraine squad placed into quarantine by Swiss authorities after a positive test ahead of their cancelled international meeting. Pep will be boosted by the returns of first team regulars Benjamin Mendy Fernandinho Sergio Aguero and Gabriel Jesus.