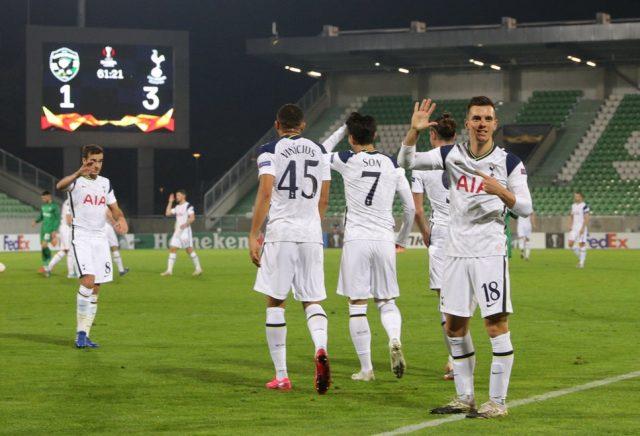 After an impressive display at the weekend against Manchester City, Spurs will look to tighten the grip in Group J of UEFA Europa League as they welcome a winless Ludogorets Razgrad.

Tottenham currently top the group with six points from a possible nine with a defeat to Royal Antwerp coming in the last matchday fixture of Europa League. But a win against Manchester City, Spurs currently sit on the top of the Premier League – not the most familiar sight in recent history, but one that has filled the Spurs players & fans with unbridled confidence nonetheless.

Tottenham’s form in all competitions: (W-L-W-W-W-W)

Jose Mourinho would want wrap the group as soon as possible so that the Lilywhites can focus more on their Premier League title push. Spurs have now won nine of their last 11 fixtures domestically and in Europe with a loss to Antwerp being the only defeat in these fixtures.

Stanislav Genchev’s men are certainly not expected to challenge for a knockout berth after defeats to Antwerp & Linz probably sealing the fate in this year’s Europa League.

Since Joe Rodon is not eligible to play Europa League fixtures, out of favor Davinson Sanchez will be handed an unlikely start alongside Eric Dier.

Except for the absence of Higinio Marin and Wanderson who are both expected to remain out of action until 2021, Ludogorets have a perfectly healthy squad.