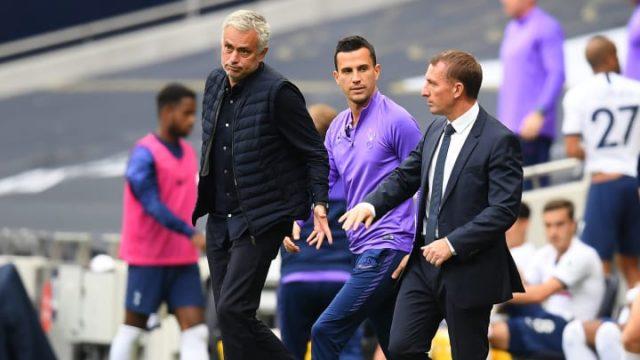 Matchday 14 sees two teams who are both in the top 4 go head to head in a clash that guarantees complete entertainment. It is Tottenham that host Leicester City at Tottenham Hotspur stadium. The match will kick-off on Sunday, 2:15 pm local time with referee Craig Pawson in-charge of the proceedings.

Tottenham’s 11 game unbeaten run came to am end at Anfield at the hands of Liverpool. Tottenham manager Jose Mourinho was pleased with his side’s performance and was of the opinion that the “better team lost.” With that loss, Spurs are second on the table, but have the chance to go on top, on goal difference, with a victory against the Foxes.

Just like their opponents, Leicester City into the game on back of a loss. The Foxes lost 2-0 to Everton at the King Power. Even after the loss, the Foxes remain in the top 4 , a point behind Tottenham. A victory for Leicester could see them jump over Tottenham to second place.

The most important clash will definitely be between two of the best English strikers in recent times- former team mates; both for club and country, Harry Kane and Jamie Vardy. Kane and Vardy have 9 and 10 PL goals already this season, and their goals can prove to be decisive. Another interesting match up will be between the high flying Korean Son- Heueng Min and English fullback James Justin. James Justin has impressed this season, but will he be good enough to keep Son quiet? Only time will tell.