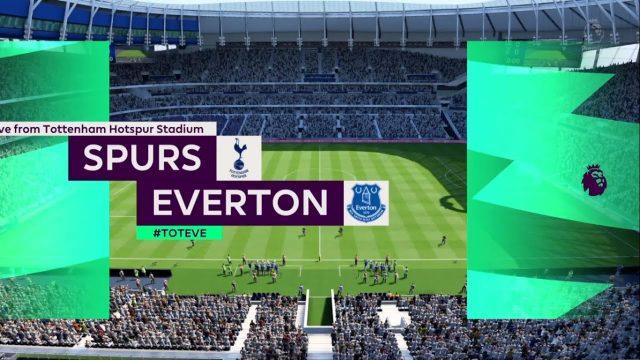 Tottenham Hotspur will be hoping for a positive response against Everton on Monday night, after suffering a 1-3 defeat to Sheffield United in midweek.

The loss pushed the north London club to the ninth position on the league table, which has done a huge harm to their hopes of European football next season.

Everton recorded an emphatic 2-1 win over third placed Leicester City at the Goodison Park, which now leaves them just one point behind Jose Mourinho’s side.

For Spurs, the last few results will be a good one for them as they went into the lockdown with a very poor record. In three games since the restart, they have won once, drawing another and losing the latest.

The impressive improvement under Carlo Ancelotti have got the Toffees dreaming once again of something big coming ahead in the next few years.

Since the restart, the Merseyside club have won two games and recorded one draw, which pushed them to the 11th position with five games still to be played.

Dele Alli was left out of the game against the Blades but will be looking to come back into the team for the contest. Harry Winks is also likely to be recalled into the set-up, while Juan Foyth and Japhet Tangaga remain on the sidelines.

Ancelotti will be boosted by the return of right-back Djibril Sidibe, despite the player missing out on Friday’s training. Richarlison has been confirmed available for the encounter, but Fabian Delph and Theo Walcott are expected to miss the game.

Jean-Philippe Gbamin and Cenk Tosun both continue to be long-term absentees.