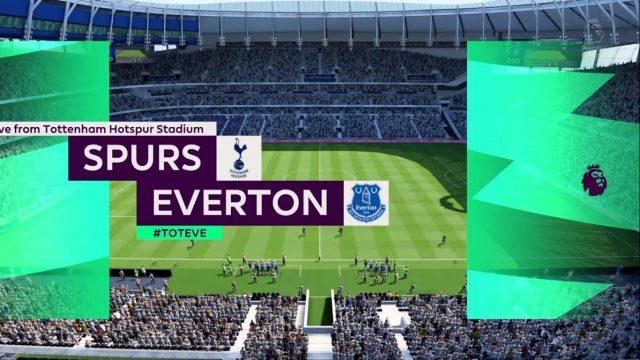 Tottenham Hotspur host Carlo Ancelotti’s Everton tomorrow, with both clubs looking forward to having a positive start to the season.

It is common knowledge that both the clubs have endured a difficult season in the previous campaign, with both the clubs forced to depart ways with their managers in order to improve results. Spurs have missed out on their objective of Champions League football and would also have to face a series of qualifiers to achieve Europa League football which was a consequence of their London rivals Arsenal winning the FA cup.

Everton have also underperformed last season,failing to compete with the “Big 6” of the competition and also resulted in a bottom half finish at the end of the season, which Carlo Ancelotti would be eager to improve in the upcoming season.

Jose Mourinho would want his team to compete for the top 4 positions and also possibly to win a trophy along the way, as his reputation states him to be a serial winner and demands nothing less than a 100% from his squad.

Tottenham have made some acquisitions in the form of an experienced Joe Hart, a hard-working Pierre Emil Hojbjerg from Southampton, and wingback Matt Doherty joining from Wolverhampton Wanderers. It is clear that Mourinho wants to instill a winning mentality to the squad and have finally got the personnel he wants to challenge for a Champions League berth.

Team news: Harry Winks is a major doubt for the North London club, having been pulled out of the international squad in the UEFA Nations League. It is also insisted by Mourinho that Dele Alli is under consideration for the league opener, having picked up a slight knock in training. Japhet Tanganga is also expected to be sidelined for the fixture suffering from a thigh injury.

Carlo Ancelotti and co have been really busy in the summer transfer window, aiming to transform the entire midfield of the club. It looks like good times for the club when they have signed three talented midfielders in the form of Allan from Napoli, Abdoulaye Doucouré from the relegated Watford, and James Rodriguez from Real Madrid. Central defender Michael Keane have also committed his future to the club, signing a new five-year deal which states the impact of Ancelotti on the club.

It is known that Ancelotti is a proven winner and would expect his squad to do more than achieve a mid-table finish, rather compete for a spot in Europe. With having familiar faces in the shape of Allan and James Rodriguez, Ancelotti would be eager to integrate them into the starting eleven as soon as possible.

It would be a difficult opener for the Toffees, having to face an opposition who have been successful in this fixture for a long period of time. Ancelotti would be aware of Mourinho’s talent and tactics and would expect his players to give a good fight. With Djibril Sidibe recovering from his injury adding with Richarlison being termed “fit” by the manager adding to the new acquisitions, Everton would look a different side and is not to be taken easily anymore.

The game looks to be fairly easier for the hosts on paper, but certain defensive frailties still exist, that would prevent them from an easy game. An ambitious Everton would enter this game, hoping to secure 3 points off the North London club and the fans are expected to have a tight game.