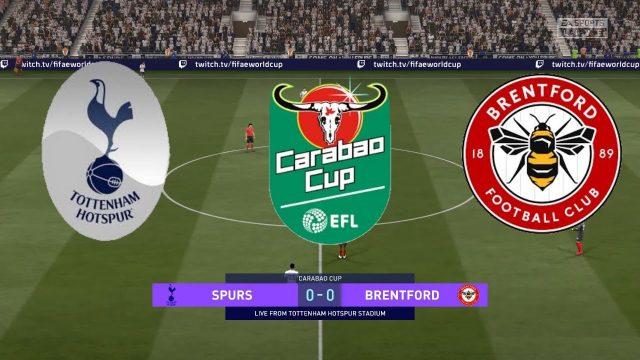 Carrying on the momentum from 3-0 win against Leeds United, Tottenham turn their attention towards the Carabao Cup as they face-off against Brentford in the semifinals of the important competition.

Tottenham’s form in all competitions: (D-L-L-W-D-W)

After ending a five game winless streak against Leeds United, Spurs are looking to win this game with comfort as they are back in action in the FA Cup this weekend. The Lilywhites have already played nine Europa League to add the three EFL Carabao Cup fixtures and head coach might feel that his side have already played more than enough games this season.

Brentford’s form in all competitions: (W-D-W-W–W-W)

Coming into the game, Thomas Frank’s side have not tasted defeat in any competition since a 3-2 loss at Stoke on October 24, a run spanning 16 encounters. Their fixture against Bristol City was called off at the weekend, so Frank might hope it does not have a negative impact on the team.

Head coach Jose Mourinho has said that Erik Lamela will play no part in the semifinals after he violated the COVID protocols. Matt Doherty will miss the match after he received his marching orders at the weekend while Giovani Lo Celso and Gareth Bale remained sidelined through injury.

Thomas Frank has a completely healthy squad to choose from with only Grenadian midfielder Shandon Baptiste out of the game due to a knee problem.