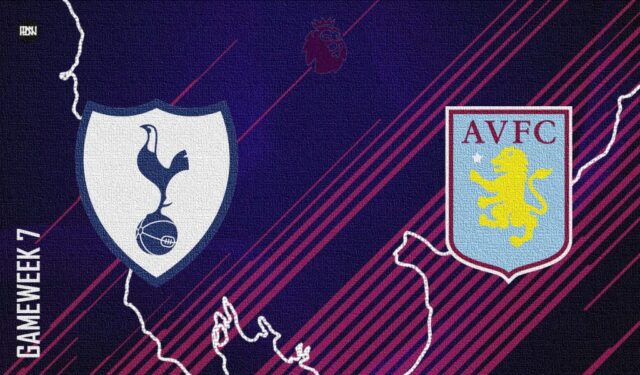 Tottenham Hotspur have had an awful September, 3 straight losses in the Premier League in 3 straight London Derbies. They are looking to get back to winning ways however their opponents this weekend are riding high on an Old Trafford win. Aston Villa have got an injection of confidence at the wrong time for Spurs. It will be interesting to see what approach Nuno takes this weekend.

Aston Villa have been bouncing, the 0-1 win at Old Trafford against Manchester United doesn’t even begin to tell the story of this game. Villa had more chances than United in the entire game. They outplayed one of the stronger-looking units in the entire league and they managed to make it look easy, so the Tottenham side that is on a bad run of form must not seem too threatening to the Villains.

Steven Bergwijn and Ryan Sessegnon will remain absent for the weekend. But there are no other injury concerns for Spurs.

Midweek saw a lot of rotation for Spurs who rested almost all of their backline. Emerson Royal, Hugo Lloris, Davinson Sanchez, and Eric Dier could all return to the starting lineup.

Axel Tuanzebe is available to play after missing out last week in the win over his parent club. Leon Bailey and Morgan Sanson are likely to miss out and could remain sidelined until after the international break.

Midweek fixtures have become an escape for Tottenham in September with their domestic form folding into non-existence. Harry Kane was back amongst the goal which is always a good sign, but the England star hasn’t yet scored in the League. Tottenham does look vulnerable at the back however, with 3 clean sheets in August there seemed to be something solid about the Spurs’ defence, but that too seems to have capitulated.

Villa are not someone that can be rolled over easily however with Dean Smith’s side boasting amazing numbers even in the games that they ended up losing. Rattling cages as whichever stadium they travel to. The first 45 minutes of the game will be crucial for both sides with Spurs not having picked up a point since going behind this season.

This game could end up with both sides scoring but leaving with nothing more than a point.

The only goal scorer for Tottenham in the Premier League this season has been Son Heung-min. An incredibly proud moment for the player, but a concerning one for Spurs. They will be looking to Son for inspiration again on Sunday with the forward being well preserved by the manager to ensure that he isn’t fatigued for the fixture. Heung-min Son just renewed his contract with Spurs at the start of the season and has continued to be an incredible player for the club.

Danny Ings has been an amazing addition to the Aston Villa squad, the forward also has a good record when it comes to the North London side. And he will be looking to add to his 6 goals against Spurs in the Premier League, a weak Spurs backline or any kind of error from the defence will be immediately capitalized on by the forward, who does have a reputation for scoring goals from all areas of the final third.