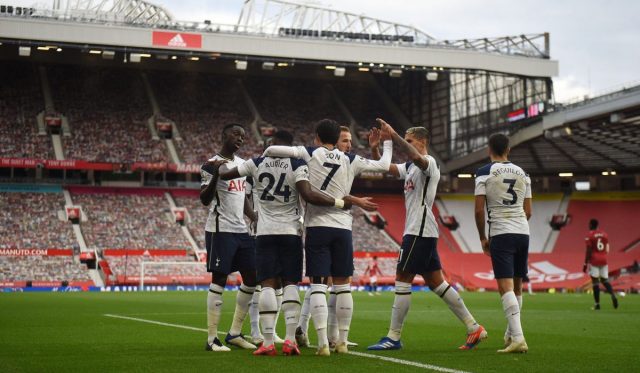 Following a disappointing exit from the 5th Round of the FA Cup, Jose Mourinho’s Tottenham will hope to get back to winning ways against Manchester City on Saturday. It’s Mourinho vs Pep time.

Hugo Lloris: The Frenchman has had a disappointing season, and there was clear evidence of this in the mid-week clash against Everton. Lloris is error-prone, but there’s no way Joe Hart replaces him for such a big clash.

Davinson Sanchez: Sanchez scored twice in Spurs’ 5-4 defeat to Everton, proving that he is a constant aerial threat. Given Eric Dier’s poor run of form, it only makes sense that Sanchez keeps his place for the blockbuster clash on Saturday.

Toby Alderweireld: The 31-year-old has been picked in the last three Premier League games, as well as the mid-week cup tie. Once he gets more games under his belt, the Belgian could help in tightening the back-line for Mourinho’s side.

Ben Davies: Just like the other fullback position, Spurs have one man injured at left-back too. That man happens to be their first-choice, Sergio Reguilon, who is out with a muscular injury. In his absence, Ben Davies has replaced him and will continue to do so.

Pierre Emile-Hojberg: Hojberg is considered one of the smartest acquisitions of the summer. His never say die attitude is a massive attraction for Mourinho to pick him every single game at defensive midfield. The Danish number 5 will be crucial if Spurs are to get a clean sheet at the Etihad Stadium.

Tanguy Ndombele: The Frenchman has exceeded expectations this season. After the club spent €60 million on him, he is finally starting to prove his worth. His skill on the ball is easily the best Spurs have, and the work he’s put into developing his off-the-ball side of the game is evident as well.

Moussa Sissoko: Sissoko’s inclusion in the starting XI might raise a few eyebrows, but I believe that the Frenchman will be a part of Mourinho’s game plan. He will aim to pack the midfield so that City don’t enjoy too much time and space on the ball. Sissoko is a brilliant player in such games, as he is reliable at both ends of the pitch.

Erik Lamela: The number 11 was one of Spurs’ best players at Goodison Park earlier this week. I expect him to retain his position on the wide right. Lamela is often known to cut in on his left foot and will hope to be an outlet for Spurs on the counter.

Harry Kane: Tottenham’s star man came on in the second half of the game against Everton and still bagged a goal. Without Kane, this side tends to collapse. The Englishman will hope to score his first goal against City since the 2015/16 season.

Son Heung-min: The Kane and Son duo must be restored. They both scored in the last Premier League game, and if Spurs are to have the chance of stealing a winner, the chemistry needs to be restored. The number 7 scored earlier this season against City and will hope to do the same tomorrow.