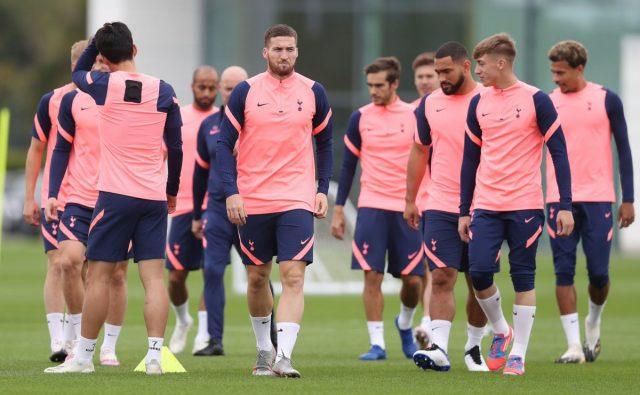 The Premier League gets underway this weekend and the first week has always produced some fine results in the past.

An exciting new season will see Spurs lock horns with Everton on Sunday at the Tottenham Hotspur Stadium.

With signings still in place and the transfer window opened, teams are still likely to enrich their squad. Here we take a look at how Jose Mourinho could lineup his squad against the Toffees on Sunday.

Hugo Lloris has always been the first choice goalkeeper for Tottenham and should get the nod ahead of Joe Hart and Paulo Gazzaniga. He would be aiming to start the season in good fashion against a much improved Everton side.

Having already been used to the Premier League, new signing Matt Doherty is expected to start at right-back for Tottenham on Sunday ahead of out of favour Serge Aurier. The latter is being tipped to be offloaded this summer making him a second fiddle at the moment.

Toby Alderweireld and Davison Sanchez will also be in line for a start at the heart of defence for Mourinho’s men. The pair were given the chance to play along each other for most part of the games under the Portuguese manager and with Jan Vertonghen not available, they are expected to maintain that partnership.

Ben Davies will also be the likely choice at left-back for the north London outfit over the weekend. The Wales international played 18 times in the league during the 2019/20 campaign.

Pierre-Emile Hojbjerg could be set for his maiden debut for the Lilywhites at home and should be partnered by Moussa Sissoko in the central part of the pitch.

It could be a problem for the composed Harry Winks but this could be the new deep liners for Tottenham in the upcoming season.

Giovani Lo Celso is expected to sit in front of the aforementioned two players in midfield considering his impressive showings in the latter part of last season.

Lucas Moura, Harry Kane and Heung-min Son should complete the starting eleven for Tottenham on Sunday.

Despite a bit of inconsistency last season, Moura is willing to step up for Tottenham this campaign and that would mean battling out for a place on the right wing with Steve Bergwijn.