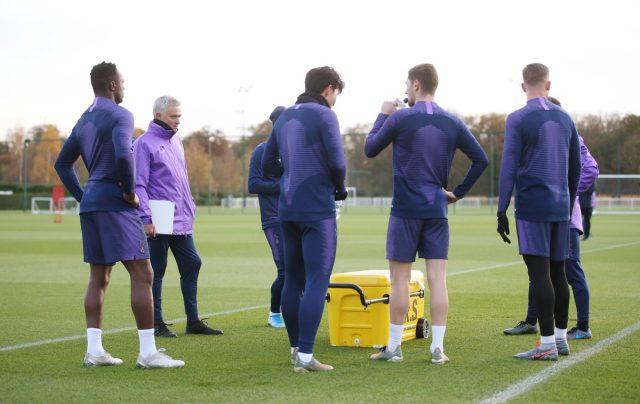 Spurs are ninth in the Premier League table with 49 points, just one point behind rivals Arsenal. Both sides face each other to put pressure on Sheffield United and Wolverhampton for a European spot finish. A loss for either side would put an end to their European hopes.

Eric Dier remains out due to FA’s four game ban for confronting a fan during Spurs’ FA Cup exit to Norwich. Juan Foyth and Japhet Tanganga remain on the sidelines due to injuries. Mourinho will now face a defensive headache while selecting his lineup.

Hugo Lloris remains the undisputed first choice shot stopper under Mourinho. He has five clean sheets this season from 17 starts. Additionally, he has 66 saves in the Premier League.

Serge Aurier will start on the right flank as usual. He played 90 mins in Spurs’ draw against Bournemouth and was substituted by Gedson Fernandes. He is expected to start against Arsenal.

Ben Davies gets the nod on the left flank as usual. He has played 14 games this season in the Premier League and also had a good game against Spurs’ goalless draw against the Cherries.

Belgian centre-back duo of Jan Vertonghen and Toby Alderweireld is expected to partner Aurier and Davies in the four-man defence again.

Harry Winks will start as the ‘number six’ in the midfield. He has played 27 games this season in the Premier League and has been an important player since promotion to the first team. Moussa Sissoko and Giovani Lo Celso are expected to start in the North London derby alongside Winks. Lo Celso has featured in 24 games this season but has managed to do it with 11 starts.

Bergwijn and Heung-Min Son are expected to start on the wings. Jose Mourinho preferred Lamela over Son in their draw against the Cherries. However, Lamela’s unconvincing performances would force Mourinho to start Son in the attack. Harry Kane remains the undisputed starter for the striker position. Kane missed several games due to injury but he is back fit now and Mourinho will need him in top form in the North London Derby.