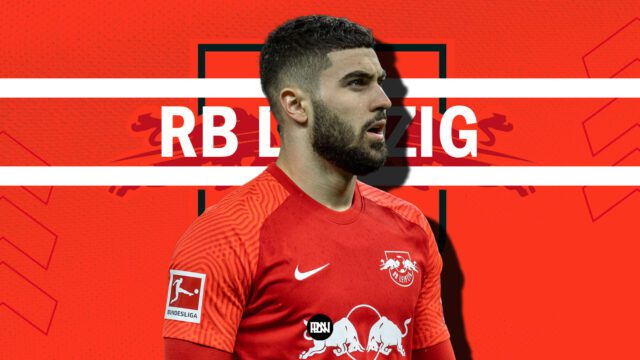 Tottenham Hotspur are set to lose out on signing RB Leipzig ace Joško Gvardiol as he makes a crucial transfer decision.

Gvardiol is set to pen a new deal with the Bundesliga club this summer further extending his stay in Germany. The 20-year-old was linked to an exit from the club and was to make a move to the English top-flight.

Moreover, Chelsea, Arsenal, and Spurs were all in the fray to make a swoop for the player. That said, the defender is now willing to extend this contract with the club and continue at the Red Bull Arena.

As per Croatian outlet Sportske, the young defender will have a release clause worth upwards of €50million in case an exit is to be facilitated in the future. The renewal is still yet to be made official and it is expected to happen in the coming days.

In any case, Spurs, who were closely following his situation have lost out on the defender in the transfer window. Regarded as one of the hottest prospects right now, the Bundesliga outfit featured 29 times for the club in the backline.

The composure and the attributes of passing the ball through the thirds all the way from the back coupled with making vital interceptions have been appreciated by his club. Moreover, Gvardiol is more comfortable when he has the ball as he likes to maintain possession.

With the experience he holds at Leipzig having played across all competitions in Germany, it may not have been difficult for the 20-year-old to ease into playing in the Premier League. Antonio Conte had his mind set for a defensive reinforcement after the signings he has made already.

The interest in the Bundesliga ace by Conte seemed obvious with the profile Gvardiol maintains. Spurs may have to wait until next summer to bring the defender to the N17.

Moreover, it remains to be seen if the gaffer is very serious regarding the 20-year-old’s transfer and will wait for him another year. That said, if the club does end up making a centre-back signing this summer, the services of Gvardiol may no longer be required.

The North London outfit may have lost this signing but surely Conte will have others to turn to in his ‘potentials’ list. It remains to be seen if he attempts to look for a different centre-back this summer in the transfer window.

MUST READ: Here is WHY Tottenham are interested in Mohamed Simakan