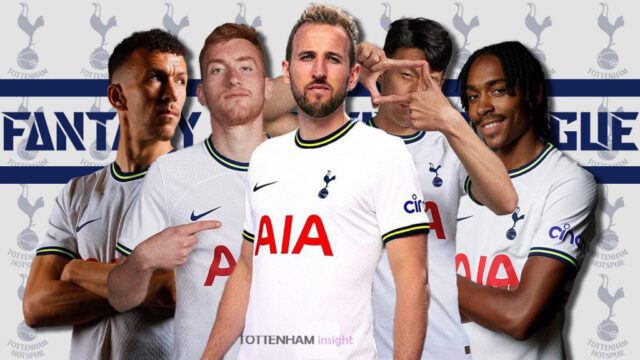 A palpable buzz around Fantasy Premier League continues to grow with the game having officially released its updated version for the 2022/23 season last week. With fans looking forward to their respective teams’ pre-season fixtures whilst anticipating the arrivals of several talents alongside catching a glimpse of newer additions before the start of the campaign, FPL managers have already begun creating their first drafts as they look forward to locking a formidable team on road to the first game-week of the new season.

An excellent campaign saw Tottenham Hotspur secure a coveted Champions League spot under Antonio Conte last season. With the team having significantly improved under the Italian, Spurs emerge amongst the most balanced sides across the league moving into the new season. Having secured a handful of promising signings this window, the North-London outfit boasts a tempting roster of FPL assets capable of delivering substantial returns for a major part of the upcoming campaign.

Heung-Min Son (£12.0m) emerges as the most expensive of Spurs’ assets, with star-striker Harry Kane (£11.5m) following suit. New arrival Richarlison (£8.5m) and winger Dejan Kulusevski (£8.0m) establish themselves as the most promising midfield assets while the likes of Hugo Lloris (£5.0m), Djed Spence (£4.5), and Ivan Perisic (£5.5) emerge as reliable options covering the defensive third of the pitch.

With prices of every registered player having been revealed following the official release, the upcoming campaign is expected to continue delivering intriguing competitions for places across the board. However, while most managers are likely to contemplate drafting in the most noticeable names, the focus for seasoned managers, as ever, remains on drafting in understated assets capable of delivering sustainable points over the course of the upcoming season.

Spurs’ sixth signing of the summer, the 21-year-old wing-back is likely to gain regular game-time over the coming season. Having been a vital part of Nottingham Forest’s promotion to the Premier League, Spence emerges as a tempting prospect for FPL managers moving forward.

Contributing two goals and five assists in 39 appearances for Forest last season, the wing-back remained a first-team regular for the club throughout the campaign. Moreover, owing to his progressive wing-back role, Djed Spence ranked in the 85th percentile for through balls per game whilst serving as the Forest’s most progressive full-back; completing 4.45 progressive runs per 90, alongside averaging 2.28 crosses per game last season. The full-back also accounted for 45 chances created at the end of the campaign.

Expected to gradually cement his first-team spot over the course of the campaign, Spence emerges amongst the most exciting assets moving into the season. Provided the youngster delivers valuable clean sheet points alongside favourable attacking returns, the 21-year-old wing-back could cement himself as Spurs’ most coveted defender of the upcoming season.

The fourth-highest selected (38.7%) defender ahead of the season, Perisic emerges amongst the most exciting options of Spurs’ assets moving into the campaign. Expected to play a pivotal role for Conte’s side throughout the campaign, the Croatian will be keen on performing to the best of his abilities in the Premier League.

Registering eight goals and six assists for Inter Milan last season, the 33-year-old wing-back emerges amongst the most enlightening of figures on the pitch. Besides his healthy number of goal contributions, Perisic boasts superior statistics; ranking in the 99th percentile for non-penalty expected goals (0.14 npxG) and expected assists (0.25xA) per game. Additionally, the progressive wing-back ranks in the 95th percentile for shot-creation actions (3.41) per 90 minutes whilst topping the chart for carries into the 18-yard-box (43) and standing second for passes completed (61) into the same area of the pitch, amongst teammates at Inter last season.

Expected to be Conte’s first-choice wing-back this season, Perisic is likely to deliver favourable returns over the campaign. Regarded for his phenomenal attacking output, the Croatian will be expected to deliver substantial returns for Spurs in the upcoming season.

Amongst the notable options within his price bracket, Kulusevski is likely to deliver favourable returns provided the 22-year-old nails down a first-team spot next season. Having shown exceptional promise following his arrival in January, the Swedish international will be keen on continuing to contribute to Conte’s ambitions over the coming season.

Accounting for five goals and nine assists in 14 league starts last season, the winger establishes himself amongst the most promising midfield options for the upcoming season. Kulusevski ranked second for expected assists (0.25xA) per game whilst topping the chart for goal-creation actions (1.00) per 90 minutes, amongst teammates last season. Moreover, the winger also stood third for carries into the 18-yard-box (22) alongside contributing an impressive number of shot-creating actions (47) at the club at the end of the 21/22 campaign.

Provided Kulusevski succeeds in cementing a starting spot, the Swedish winger could emerge as a reliable asset for a major part of the season. Considering Spurs’ relatively favourable start to the campaign, the winger is likely to deliver satisfactory returns this season.

Amongst the highly-coveted forwards within the game, Kane is, once again, expected to finish amongst the highest-scoring assets at the end of the season. Having been a pivotal part of the team’s success in securing a Champions League spot under Conte, Kane is expected to deliver favourable returns for a major part of the upcoming season.

Topping the charts for expected goals (0.56xG) and assists (0.25xA) per game last season, the talisman remains a reliable presence in the forward department. Alongside registering a commendable 17 goals and 11 assists, Kane also proved to be excellent on the creative side; topping the charts for goal-creating actions (21) alongside ranking second for various attacking metrics amongst teammates last season.

Having proven to be a consistent asset, Kane is likely to deliver substantial returns throughout the season. Moreover, with Conte expected to maximise his potential this season, the England international boasts the potential to finish as the season’s highest-scoring FPL asset at the end of the campaign.

The second-highest scoring (258 pts.) FPL asset last season, Son is expected to deliver substantial returns over the season. Having been amongst the most consistent players in recent seasons, the South Korean will be hoping to continue contributing to the team’s prospects moving forward.

The league’s joint-top scorer alongside Mohamed Salah (£13.0m), Son contributed with 23 goals and 10 assists in the league last season. The South-Korean international stood second for expected goals (0.49xG) per game whilst topping the chart for passes completed into the 18-yard-box (45) amongst teammates at the end of the campaign. Moreover, known for his creative exploits, Son ranked first for shot-creating actions (129) alongside ranking the same for carries into the 18-yard-box (53) at the club last season.