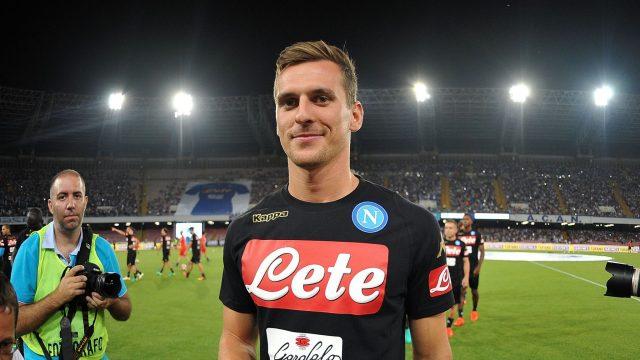 According to Calciomercato.com, Tottenham Hotspur and Everton are planning a swoop for SSC Napoli’s wantaway striker Arkadiusz Milik.

The Pole is reportedly set for a switch to the Premier League, rejecting the approach of Serie A rivals Juventus with whom he reached an agreement to join them in the summer but after a lack of progress in the deal they went on to sign Atletico Madrid’s Alvaro Morata on a loan.

Milik is yet to play any minute of competitive football this season after being left out of the Serie A and Champions League squads. His contract was set to expire in June 2021 and it’s unlikely that he will sign a new one with the I Ciucciarelli.

Tottenham expressed interest in signing him but instead opted to sign Carlos Vinicius. On the subject of his long-term future Milik Sportowefakty.pl earlier in October,

“Now, I’ll wait for the next transfer window and I hope the clubs can find an understanding. Physically I’m fine, I have trained well individually. ‘I will play matches with the national side. In three months, my form won’t be too much affected.”

It will be interesting to see where The Pole ends up playing with Everton also looking to sign him on a free transfer.