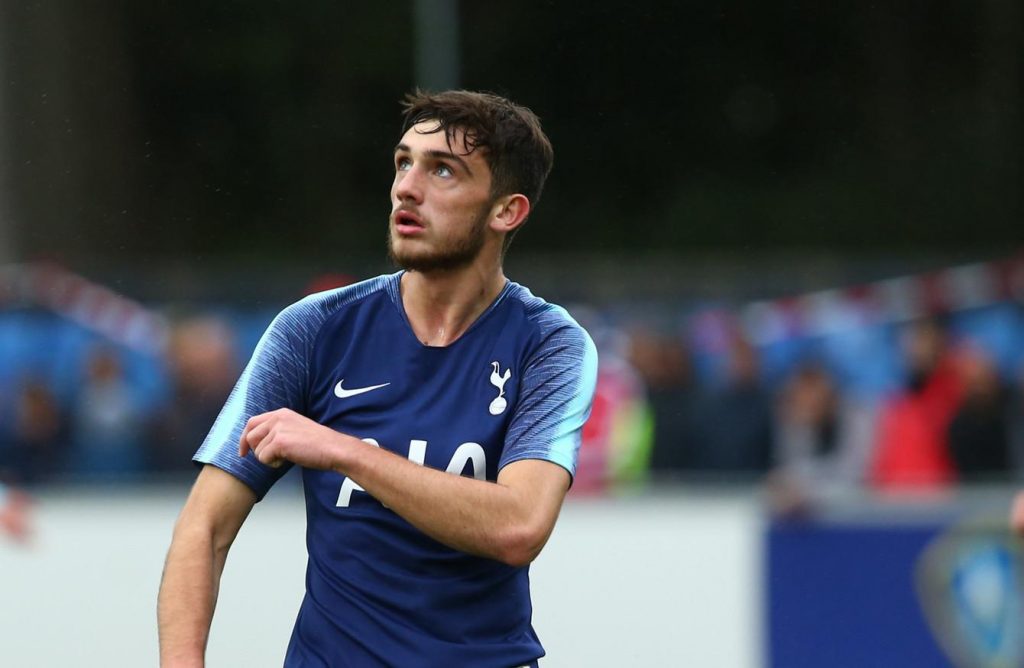 Tottenham Hotspur continued their fine form at the new stadium as they defeated league leaders Manchester City to hand them a slight advantage before heading for the second leg at the Etihad Stadium.

Tottenham fans, however, could not cherish the victory as striker Harry Kane was seen limping and Manager Pochettino told he fears that his season is over. Kane is set to miss at the least 11 games for the club.

Tottenham is now only left with 1 Striker in their team Fernando Llorente, the veteran had earlier stepped up in the absence of Kane and Alli and will likely be called once again to a regular setup upfront.

However, Tottenham Hotspur fans are asking the club to promote highly rated U18 forward Troy Parrot. The player has been gathering a lot of limelight and making his name among the fans. Parrot has scored a whopping 15 goals and provided 3 assists in 9 matches for the club.

With a champions league quarter final and a fight for top 4 finish in the line, fans have urged Manager Pochettino to promote the player and give him a chance in the absence of Harry Kane and Alli.

Troy traveled with the first team against Leicester and trained with the 1st team before the match against Barcelona.

Manager Pochettino was also full of praise for the young Irish international. Last month talking about the player Manager Pochetttino told, “All the players we have in the squad, the younger ones like Oliver Skipp or Troy Parrot, who was involved for the first time, it’s because they’re involved during days, during weeks, during months, and it’s only to give the possibility to play. I don’t doubt and I am not worried about players who are injured or don’t perform in their best, because we have another one who can replace them.”

Keeping this in mind we might soon see the player get some minutes in the absence of Harry Kane and if not it is expected we will see him travel with the first team in the pre-season.

He Better be going on our pre season this year

Can’t wait to see him with the first team

Troy Parrott is ridiculously good, we need another son type player who can play as a striker and winger but I’d love to see him replace Kane as our out and out striker https://t.co/m2BXAWAE7E

Call him up Poch! 🔵⚪️ pic.twitter.com/u4zWHJtjjv