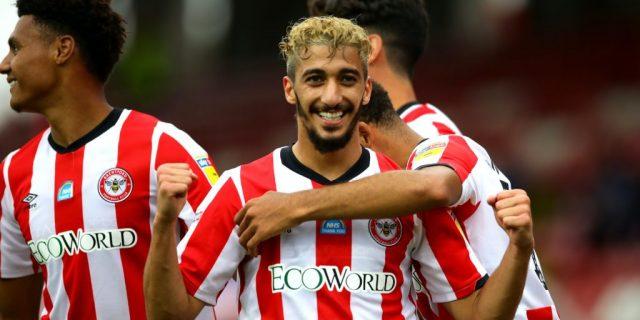 Tottenham are linked with exciting Brentford forward Said Benrahma ahead of the 2020/21 season.

The Championship side are said to be prepared to part ways with their prolific attacker following their failure to secure Premier League qualification last Tuesday.

Having scored 17 goals and provided a further 10 assists from Thomas Frank’s side, the Algerian is hoping to make a step up into the next stage of his career by playing in the English top-flight.

But his hopes of gaining promotion with Brentford was ended after a heart-breaking 1-2 loss to Fulham at the Wembley Stadium.

Benrahma has been previously linked with a summer move to fellow west London side Chelsea, but such reports have been cooled in the last few days despite being flattered by links to the Blues.

“I always watched the Premier League, especially Arsenal, Manchester United and Chelsea. I used to watch when Cristiano [Ronaldo], Thierry Henry and Hatem Ben Arfa at Newcastle were playing. Samir Nasri at Arsenal, too. Since I was a kid, I always wanted to play in England.”

And Jose Mourinho’s side are reportedly ready to take advantage of The Bees failure to be promoted by moving for the 24-year-old this summer. The speculations also add that Brentford will demand at least £16 million for one of their prized assets, if they were to put him up for sale this summer.

Benrahma is very effective on both sides of the flanks but loves to cut-in from the right due to his natural right-foot abilities.

He would definitely be a good addition to the squad at the Tottenham Hotspur Stadium, if they are to improve their performances in the just ended season which saw them finish sixth.