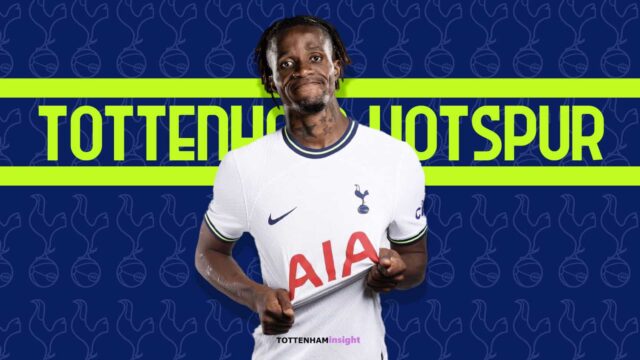 Ever since leaving Manchester United to rejoin Crystal Palace, Wilfred Zaha has gone from strength to strength and managed to trouble a few of the Premier League’s best defences with his trickery, dribbling skills, and pace. Every transfer window he is linked with a move away from the club, with almost all top teams in England and abroad being touted to be a possible destination for him, but it has been almost a decade and Zaha now captains Crystal Palace while boasting 65 goals and 40 assists in 253 appearances.

After the transfer window slammed shut a few days ago, reports emerged that Tottenham Hotspur were weighing a deadline-day bid for the Ivory Coast international to take their attack to a whole new level after already adding Richarlison and Perisic to a trio of Kane, Son, and Kulusevski. However, deadline day eventually proved to be unceremonious for Spurs with no incomings or outgoings.

Bryan Gil was expected to have a great effect on the future of Tottenham’s attack but with limited opportunities, he was allowed to go on loan to Valencia, which made Antonio Conte consider a bid for another attacking option. Both Daniel James and Zaha were options for the same, but with the former joining Fulham, it seemed as they Zaha could get a move to a bigger club. However, no deal materialized and Wilfried Zaha stayed put, which for Tottenham may be like missing a bullet.

The Palace star would have expected regular game time, which he was not going to get. He is most effective when playing off the left, as are Son and Richarlison. Zaha is the type of man who would have sulked if he had been placed on the bench, which would have been bad for team morale. His quality however is unmistakable. The Ivorian is one of the Premier League’s most dangerous players. He was absolutely spectacular for Palace last season, scoring 15 goals in all competitions, including one at Selhurst Park against Tottenham. Zaha labeled as a ‘phenomenal’ talent, has begun this season excellently as well. Despite playing fewer games than Tottenham’s Harry Kane, the 29-year-old has already scored four goals.

Wilfried Zaha frequently drifts into wide positions to receive the ball, attempting to cross to a target man or cut the ball back to midfielders on the outside of the box. Using his superb dribbling skills, Zaha would frequently take on opposition full-backs to create space for a shot or pass. He has thrived in this left-wing position, placing strong pressure on opposition defenders to reclaim possession and, as a result, isolating defenders to create one-on-one chances out wide.

Zaha’s distinguishing characteristic is clearly his natural dribbling skill, especially in one-on-one situations. As the Premier League’s most fouled player, Zaha has been accused of “diving,” or falling down too readily. However, as the key ball-carrier on his side, Wilfried Zaha is the major target for opposition defenders, since removing him from a game effectively reduces Crystal Palace’s entire offensive.

Any team’s attack will be greatly improved by Zaha’s presence and experience. He has now got several years of football behind him and a good number of years of football ahead of him. In 2021 Tottenham were linked with Zaha but at that time the move was said to be senseless because of Tottenham’s wealth of wide players like Lamela, Bergwijn, Moura, and Bale all of which aren’t at the club anymore, and in spite of new additions, having Zaha as a rotational player would be a boost to Tottenham if they figure out how to manage the workload between all their wingers.

Even though Zaha is yet at Crystal Palace, his contract expires next year when he will be able to join on free or can be snapped up for cheap in the January window. Newcastle and Liverpool can also be viable options if Wilfried Zaha does not aim to renew his contract. At the age of 29, this may just be Zaha’s last chance at a long-term, lucrative contract at a club where he stands a chance of winning a competition.