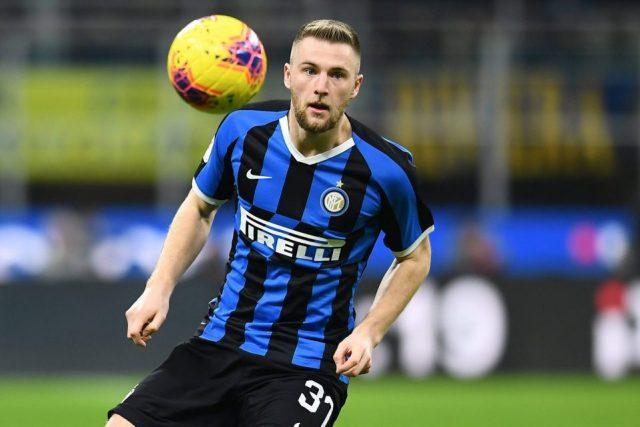 Tottenham have continued talks to sign Milan Skriniar as they saga looks to be concluded in the final stages of the summer transfer window.

Skriniar has been an outcast from the Inter side ever since Antonio Conte has preferred to play Alessandro Bastoni in the centre of a back three.

According to Guardian, the two clubs evaluation differ by a large amount as Inter are holding out for €60m (£55m) – or €50m plus add-ons while Spurs are prepared to offer only €30m-€35m.

Inter Milan head coach Antonio Conte has recently said that the club is open to the sale of the Slovakian International if they receive “an important bid”.

Tottenham are still in talks with Inter for Skriniar. Complicated deal but still on – Inter want €60m [add ons included]. Final decision will be made soon.
Skriniar is the #1 target, Rudiger is one of the “plans B”.

Skriniar has represented the I Nerazzurri on 128 separate occasions and Slovakia national team manager Pavel Hapal has revealed that Milan lately did not have any conversations with the 2016-17 Premier League winning manager.

“Speaking with him, I know that lately he has not had a lot of dialogue with the Inter coach. He can stay at Inter or be sold. From what Milan told me, the Nerazzurri have not communicated anything to him and therefore he should stay in Milan because another defender has already been sold. It is true that he is not finding much space but he continues to train seriously, he is ready and I don’t think there will be any big problems.”