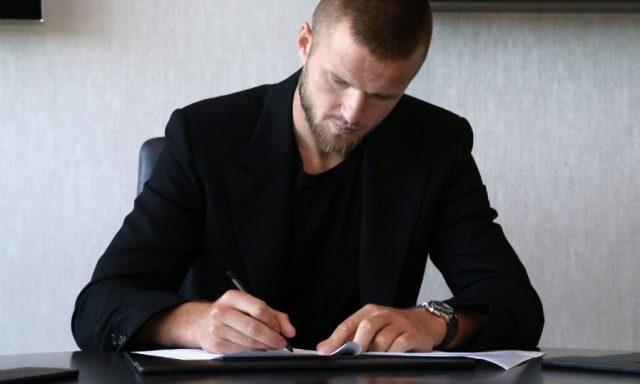 Dier has been at White Hart Lane since 2014, signing a five-year contract for a reported fee of £4 million. His initial contract was supposed to end next summer but Dier has now been offered a three-year extension which confirms his stay at Tottenham till 2024.

Dier, who was once described as “more of a destroyer than a creator” by ESPN’s Mark Ogden, is known for his versatility which has made him to fit into several positions, as a defensive midfielder, centre back and right back. It’s a known fact that Dier’s versatility enables the Spurs to be able to adopt a flexible approach by allowing the team to switch systems efficiently during a match when necessary.

Growing up in Lisbon, Portugal, he had his formative years at Sporting CP developmental youth team, while making his senior debut for Sporting in 2012, before being sent on loan to Everton and was successively followed by his permanent move to Tottenham.

🗣️ “I want to prove myself in this position and Tottenham is the best place for me to do that.”#THFC ⚪️ #COYS pic.twitter.com/7soSrAJKIL

During the 2015/2016 season, Dier was mostly utilised as a defensive midfielder by former Tottenham boss Mauricio Pochettino, whereby establishing himself as a regular partner alongside Mousa Dembélé as Spurs challenged for the Premier league’s crown which was eventually won by Leicester City.

The following season, he returned to his preferred centre-back position due to Tottenham’s signing of defensive midfielder Victor Wanyama and an unfortunate injuries to Jan Vertonghen and Toby Alderweireld.

Eric Dier this season, has played seven times in the centre-back role out of his 18 league appearances thus far. Due to his progressive performances, no wonder the 26-yrs-old player has now been given an extension to his contract.

🗣️ “I feel like I’m at the beginning of a new journey.”@ericdier on extending his stay at Spurs.#THFC ⚪️ #COYS pic.twitter.com/j5gTG6gfLR

“My clear objective and the manager’s clear objective is to try to win trophies for the club. The manager, his record, his mentality towards winning trophies, that was a huge thing for me. When the day does come to leave this club, I want to leave knowing that I’ve done that.”