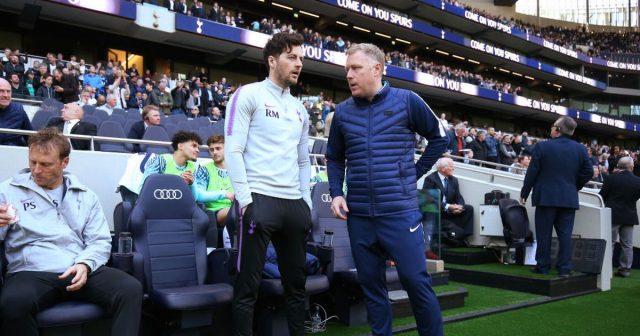 Following the departure of John McDermott, Spurs’ head of academy coaching and player development, Daniel Levy has confirmed the academy management and coaching structure ahead of the 2020/21 season.

The experienced coach departs the club after working with them for 15 years. He is set to take up the Assistant Technical Director role at the FA.

As officially announced, academy manager Dean Rastrick will assume the overall responsibility for the academy programme. He has worked for the club for more than 10 years and will be joined by a large number of staff to form an academy leadership team.

The Assistant Head of Player Development, Nigel Gibbs has left his duties to take up a coaching role at Belgian side Cercle Brugge.

Tottenham have confirmed the appointment of Ryan Mason as Head of Player Development, with Chris Powell joining the academy set-up too. pic.twitter.com/4s89uLynoP

Speaking to the club’s official website, CEO Daniel Levy said, “We have taken considerable time to review our staffing structure over the past few months following John McDermott’s departure to join the FA, in order to clearly identify roles and responsibilities in each area of the Academy moving forward”.

“We have a proud record of producing Academy players that can step up to our First Team and we believe Dean is the right person to ensure our player development principles and philosophies – intrinsically linked to our identity as a Club – will continue to evolve and be implemented as we move forward into the new season and beyond.

“We have an incredibly talented coaching team in place throughout the Academy and we believe this structure will also allow them to continue to grow and develop over the coming years under Dean’s tutelage.

“We are also pleased to welcome Chris Powell, someone our Academy has known for a number of years in his various coaching roles and his experiences during a successful playing career will prove invaluable to our young players.”