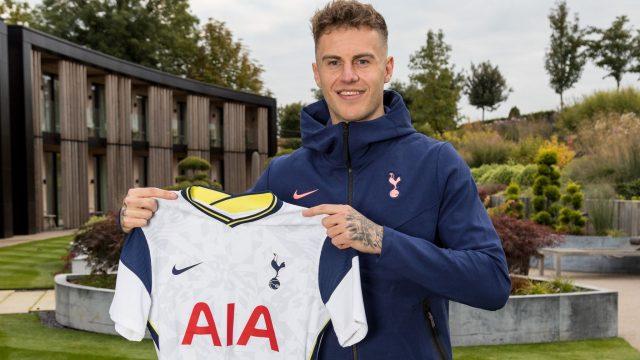 🎥 Head behind the scenes at Hotspur Way as Joe Rodon signs for Spurs!#WelcomeRodon ⚪️ #COYSpic.twitter.com/fGRI2fz62P

An academy product of Swansea, Rodon broke through the starting XI in 2018-19 while also being regular in Wales current setup, starting all the three games during the international break.

Rodon will the third Welsh player at club with Gareth Bale arriving on loan from Real Madrid and Ben Davies who made the same journey arriving from The Swans back in 2014.

“It is a great opportunity to publicly thank my boss, my board, Mr. Levy, the structure, [head of recruitment] Steve [Hitchen] because what they did for the team was amazing. In such a difficult period where I always believed we were not able to reach some of the targets, the club did an incredible effort. Mr. Levy showed once more that when he wants, when he is really involved, he is a genius in the way he makes deals happen and I can only publicly thank them for what they gave to the team.”