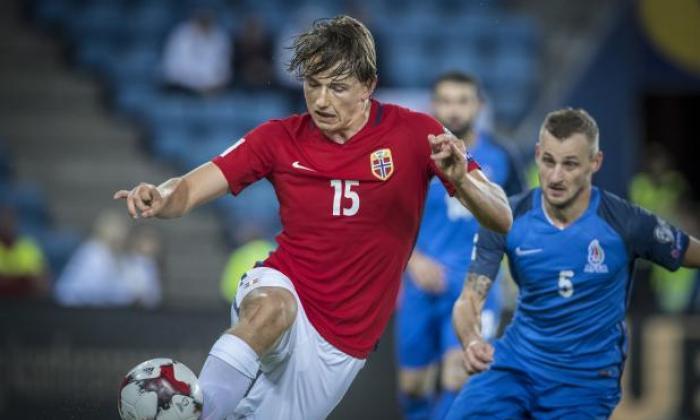 Tottenham are reportedly in contact with Genk for the signing of 20-year-old midfielder Sander Berge who they failed to sign in the summer transfer window.

The player is being valued at £22.5m by the club and the likes of Roma, AC Milan are all interested for landing the players in the Serie A. Having made 29 appearances this season the player has caught the attention of many clubs across Europe.

According to  Tutto Mercato Web Tottenham are in the talk with the club over a potential deal for the player.

Spurs have been in terrific form since the Christmas period but their 3-1 defeat to Wolverhampton showed the need of adding new players in the squad as the players were tired and exhausted in the 2nd half of the match which led to the defeat.

Spurs are keen to bring the player even with a hefty price tag and are looking to sign him in January and then loan to Genk for the remainder of the season.

The player also reportedly favors a move to England and is keen for the move and Spurs are in negotiation stages with the club. Spurs need to hurry up as AC Milan and Roma are also monitoring the situation of the player and any chance given could snatch the player to the Serie A.

If Spurs manage to sign him, the Norweigan will be the club’s first signing since Lucas Moura back in January 2018.