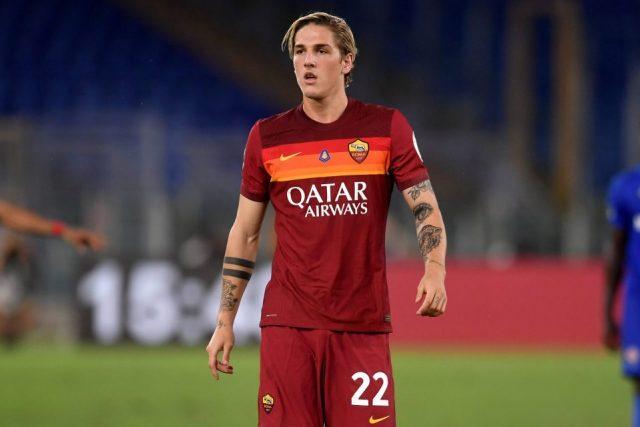 Per reports from Italy, Tottenham Hotspur have had a bid rejected by AS Roma for midfielder Nicolo Zaniolo ahead of the Premier League’s opener.

The north London outfit are said to be keen on the services of the 21-year-old as Jose Mourinho continues his changes to the set up.

Zaniolo was previously linked with a move to Tottenham under former manager Mauricio Pochettino but the two clubs were unable to make a deal and the Premier League side are ready to step up their interest this summer.

Latest reports from beIN Sports reporter Tancredi Palmer suggests that Mourinho’s team have taken the first step in trying to secure a deal as soon as possible.

However, their initial bid believed to be £45 million has been knocked back by the Italian club who are holding out for a hefty fee.

And that means the club would have to up their offer for the 21-year-old or face the same fate they did last summer when they missed out on him.

Roma have had issues through the last few seasons, both on and off the field issues but Zaniola has popped up to be a solution sometimes with their problems on the pitch.

He has been a vital part of the club’s team scoring eight times and chipping in with four assists across all competitions for the Rome side.

The creative midfielder still has four more years left on his current deal at Stadio Olimpico since joining the club from Serie A rivals Inter Milan during the summer of 2018.

Liverpool and Manchester United have also been credited with interest in the youngster though there has been nothing concrete from both sides while Paris Saint-Germain are said to be monitoring his situation.

Nicolo Zaniolo was first given the call up into the Italy national team during the 2-0 win over Finland in March 2019, and has gone on to feature five times in total, scoring twice.