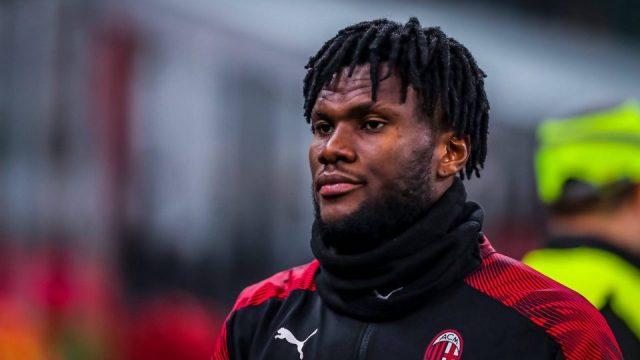 According to Calciomercato, North London rivals Arsenal and Spurs are set to rival for the signature of AC Milan midfielder Franck Kessie.

Kessie joined AC Milan on a two-year loan deal from Atalanta in 2017 and took time to adjust in Milan but eventually found his feet, which forced the club to sign him on a permanent deal at the end of his loan spell in 2019.

The Ivorian has now become an integral member of Stefano Paoli’s squad making 17 appearances this season, scoring four goals. Milan have no interest in selling their star asset and are hopeful of tying him down to a new contract. However, they will be forced to sell him, should the player demand a move.

Milan plan to ward off any potential suitors by slapping a £45 million price tag on the 44-capped Ivorian International. He would have been available for half that amount this summer but his recent displays have boosted the player’s valuation.

Kessie’s contract with AC Milan currently runs only till 2022, so any potential suitors can acquire his services at a cut price. Arsenal look to be the more desperate of the two clubs with their search for a midfielder to partner Thomas Partey in the center of the park while The Lilywhites do have a wealth of options in attack and defense but lack quality in midfield and signing him would be a valuable addition.