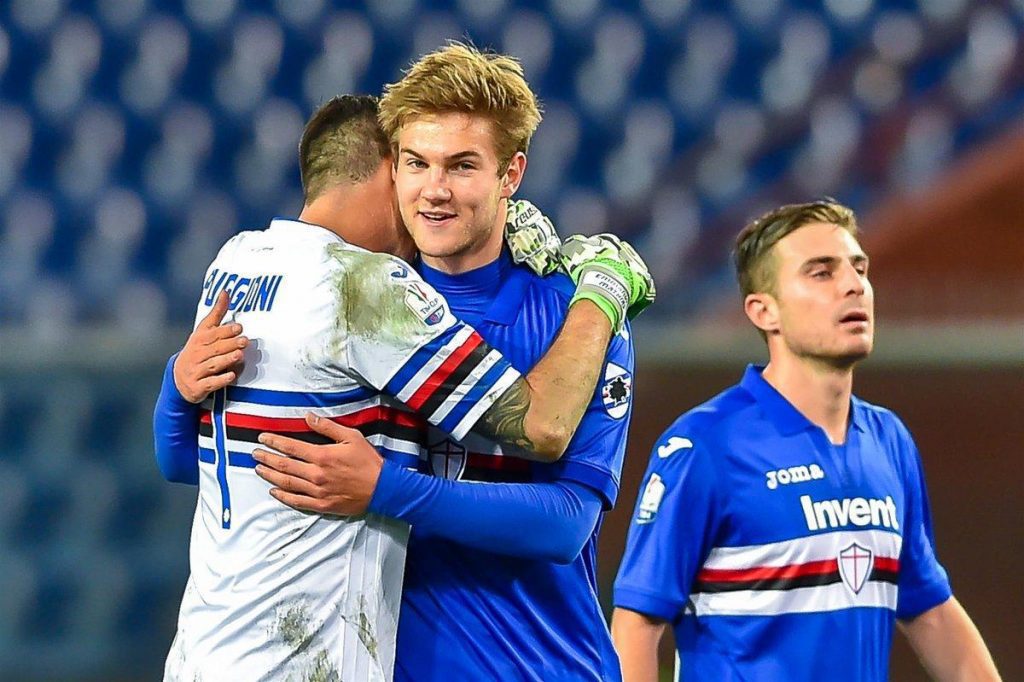 A Report from Tuttosport reveals that Spurs have reportedly agreed on a fee for 22-year-old Serie A Centre back Joachim Anderson. The player is linked with the likes of AC Milan and Manchester United.

22-year-old who plays his trade with Sampdoria, has been one of the breakout stars this season in the Serie A and has been exceptional form the Italian side after struggling to adapt to life in Italy initially.

His great form has attracted attention from across Europe and reportedly Tottenham Hotspur lead the race to sign the player.

Tuttosport suggests that Spurs have agreed a deal of €25m for the player who is expected to fill in for Manchester United linked Alderweireld despite them using option to extend the players contract by one more year.

Vertonghen too has been linked with a move away from the club and Spurs are in desperate need for a Central man. Manager Pochettino has always preferred young talent and Anderson has shown immense maturity and composure in his performances for the Serie A side.

AC Milan, Inter, United, Juventus and Paris Saint-Germain are all plotting a summer move for the 22-year-old.

In 28 appearances for the club, the player has notched 1 assist with a passing accuracy of 90% and has been at the heart of the team’s defence. His performance has got him a lot of praise with many calling the player one of the brightest players for the future.

With the uncertainty on the future of Alderweireld and Vertonghen signing Anderson would be a great move and will certainly lessen the impact of the departure of the 2 key defenders who’ve been there since like forever.