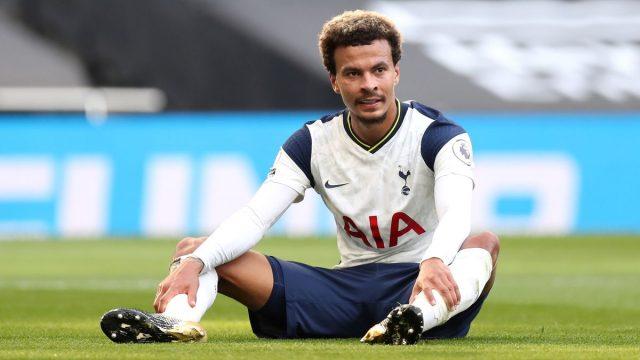 Dele Alli is the latest player to suffer the ‘Mourniho’ treatment joining a long list of players who suffered the wrath of ‘The Special One’.

Alli was subbed at the half time mark during Tottenham’s 1-0 league opening defeat to Everton. The Spurs academy product on Saturday was once again left out of the first team squad for the second week in a row amid transfer speculation.

Jose Mourinho has been vocal about Dele’s training attitude calling him ‘lazy‘ on multiple occasions. When quizzed on this situation Jose said,

So that said there is a good chance Dele may not be a Spurs player at the dusk of October 5. Here’s a small list of players that Spurs can look to sign now or in the near future:

The youngest player to feature on this list the Italian winger has quickly became one of the world’s most sought after players. Standing at (6’3″), Zaniolo is a tall, strong, and fast player, who is also an excellent good dribbler. The combinations of technique, work-rate, energy, and physicality makes him an extremely difficult player to outplay. He can play through the middle as a No.10 and from the right hand side of the attack similar to Alli at Spurs.

In his debut campaign aged 19, he scored 4 times and layed off 2 assists. Last season despite missing half of the campaign due to an ACL injury, Zaniolo still managed to provide eight goal contributions. For all the hard work he puts in the final third, Zaniolo carries out his defensive duties as well making 1 tackle&interception per 90 last season a downgrade from his breakout campaign but it shows that the manager is instructing his young star to cause more damage in the opponent’s half.

Rodrigo De Paul is a left field choice as at time of writing, he is strongly linked with a switch to Leeds United. He is probably a perfect Mourinho player as he has been extremely effective in counter attacking Udinese side.

A hardworking player, De Paul is master of doing everything. From taking 2.5 shots per match to providing 2.3 chances last year and taking the opponent defenders 1.8 times per game, the 17 capped Argentine International is basically a human machine. To add to this attacking output the ball 2.7 times per 90mins which the most of any Spurs player in the current squad.

His contributions at Udinese are probably not reflected in his goal & assists numbers as he scored seven times and provided six assists but with better teammates, he can be extremely lethal. Valued at £40m, Tottenham will be signing a player who is in his prime and ready to win silverware at this stage of his career.

The third player on our list is 26 year-old RB Leipzig’s vice captain Marcel Sabitzer. Since Julian Nagelsmann’s announcement as RB Leipzig head coach, Marcel Sabitzer has gone on to be one of the first names on the team sheet and has repaid the manager’s faith by scoring 13 times and laying on 10 goals for his teammates across the Bundesliga and Champions League campaign.

Julian made an important change in the pre-season shifting Marcel to the centre of pitch so that he contribute to side both offensively and defensively. That way he used Sabitzer’s energy in a pressing system and his ball carrying ability to carve out scoring opportunities for his teammates. This pressing style has helped Marcel to work hard off the ball and winning the ball back quickly as possible.

The Austrian can also play in any position of the midfield and play as a complementary forward. Previously linked with a move to The Lilywhites, Sabitzer is open to a move saying,

“But I have been able to play in England a few times, including with the national team. I was thrilled by the atmosphere in the stadium. How the spectators read the game and celebrate the individual scenes, the fans really know about football. There was sometimes a tackle celebrated, sometimes a diagonal ball. I like to watch the Premier League and imagine that playing there is fun.”