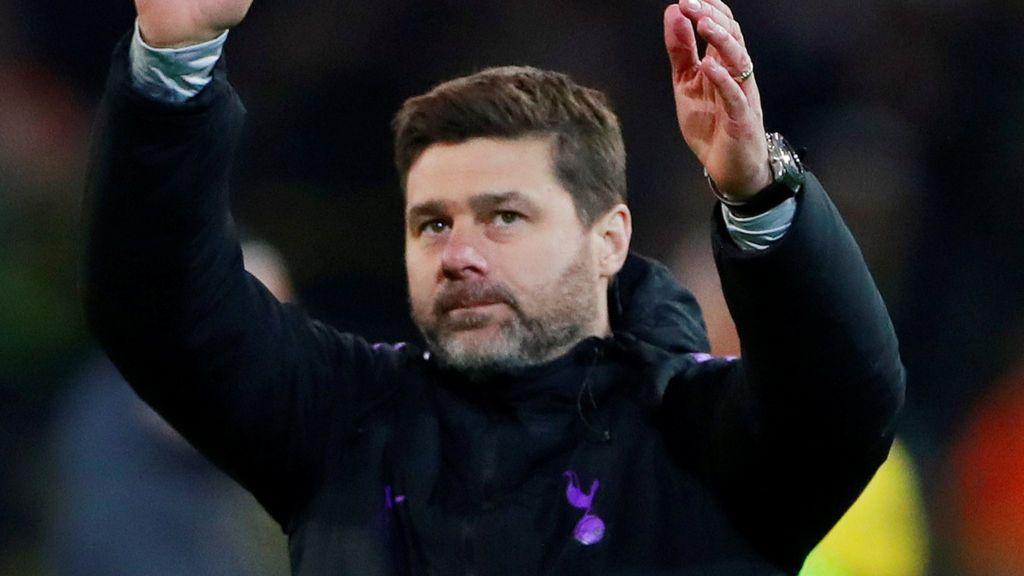 Tottenham Hotspur are all prepared to host League leaders Manchester City at their new stadium as the clubs looks to keep their hopes alive of lifting a silverware this season.

After a wait and delay of almost 8 months Spurs finally moved in their new 63,000 capacity stadium. After winning their 1st match at the new stadium, the clash against Manchester City will be the real test for Mauricio Pochettino’s side.

This will be the 1st European game at the stadium and both sides will be looking to book their place in the semi-finals. Tottenham reached the quarter-finals of the Champions League for the first time after 2011.

Tottenham’s journey to the quarterfinals has been more like a dream and after the 4-0 aggregate victory over German side Borussia Dortmund, the team made their intentions loud and clear.

Spurs Manager Pochettino was asked if this was the biggest game of his life (Football London): “Yes, maybe as a coach, yes I think it’s going to be one of the most important games. For us, it’s a massive bonus for us to have the opportunity to be here today and play in the quarter-finals with all the circumstances. We are going to try to beat them. The objective is to be in the semi-final. We respect Manchester City a lot, we know very well it’s going to be tough.”