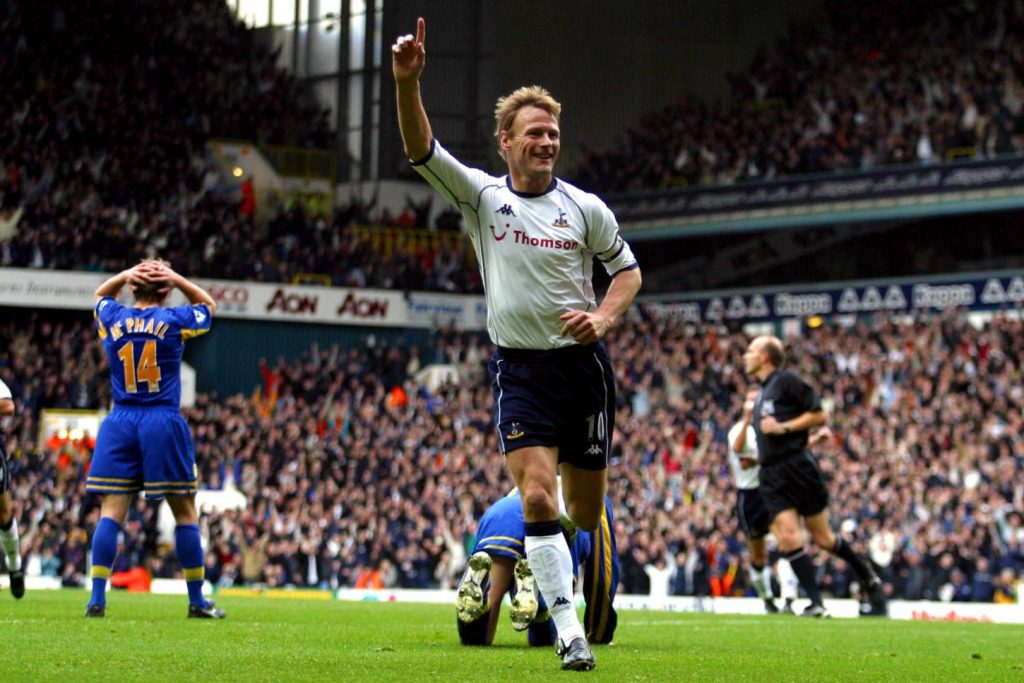 After a five-year spell at White Hart Lane, scoring 75 goals in 166 appearances, Teddy Sheringham sought pastures new in the summer of 1997. It has recently transpired that Sheringham came within a whisker of joining Liverpool instead of Sir Alex Ferguson’s Manchester United revolution. Roy Evans was the manager of Liverpool at the time and Evans was desperate to land Sheringham in the close season, who was aged 31 at the time.

Despite negotiating a mutually agreeable deal with Sheringham, Evans was unable to get the deal over the line with the Anfield hierarchy. Unfortunately for him, his stock was falling rapidly in the eyes of the Liverpool board, who were reticent to fork out big bucks on someone the wrong side of 30. Liverpool’s loss was Sir Alex Ferguson’s gain. Sheringham would go on to play at Old Trafford for four hugely successful seasons, bagging three Premier League winners’ medals, as well as an FA Cup and the historic Champions League winners medal in 1999. 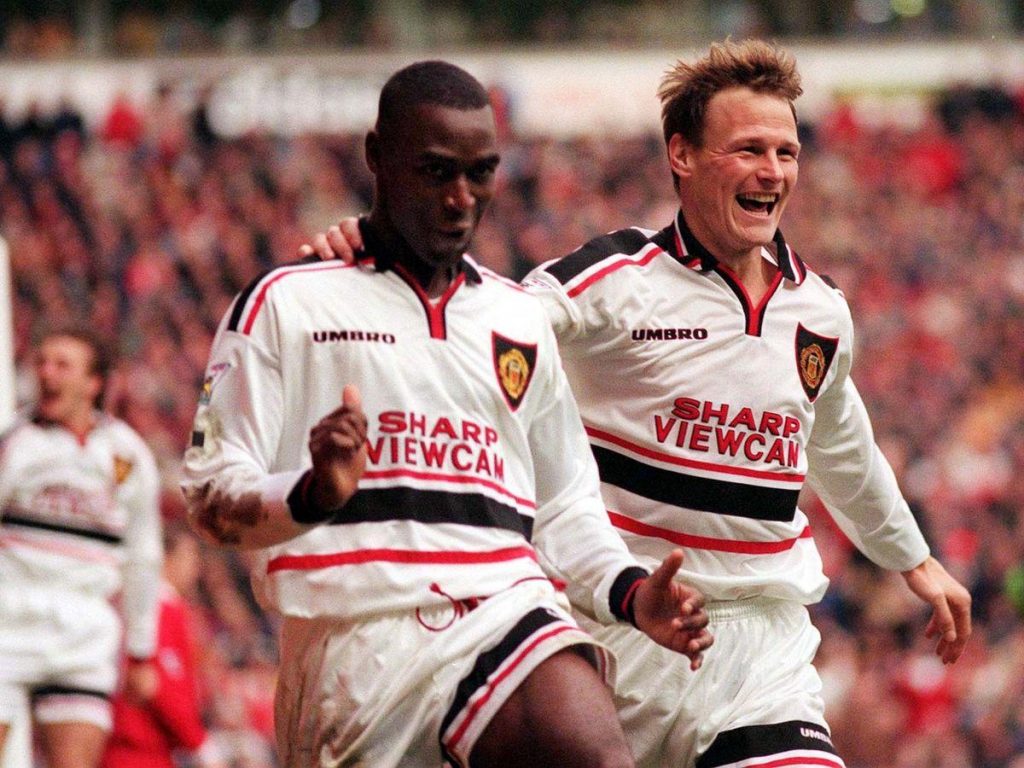 For at least three seasons, Teddy Sheringham and Manchester United strike partner, Andy Cole were not on speaking terms despite playing alongside one another for Sir Alex Ferguson. The fall-out allegedly dates back to Andy Cole’s England debut, with Sheringham claimed to have snubbed Cole when the latter replaced him as a substitute. The duo again clashed in United colours, with Cole said to have ignored Sheringham inside and outside the dressing room ever since.

It was definitely a case of what might have been for former Reds chief Evans, who recently admitted to ‘The Liverpool Way’ that not signing Sheringham was his “biggest transfer regret”. Evans himself revealed that it was a “boardroom decision” to go against his judgement, but at the time the club’s transfer policy was to avoid signing players over the age of 28. At 31, Evans said Sheringham was viewed by the Anfield hierarchy as “not too old to play” but not young enough to “be a good investment”.

As Evans has since joked, Sheringham went on to play until he was “38, or was it 48”. He returned to White Hart Lane to help Spurs to a League Cup final before cementing Portsmouth in the top-flight and helping West Ham regain their top-flight status in 2005. The only blot on Sheringham’s copybook was a pretty disastrous final season which saw him experience relegation to League One with Essex club Colchester. 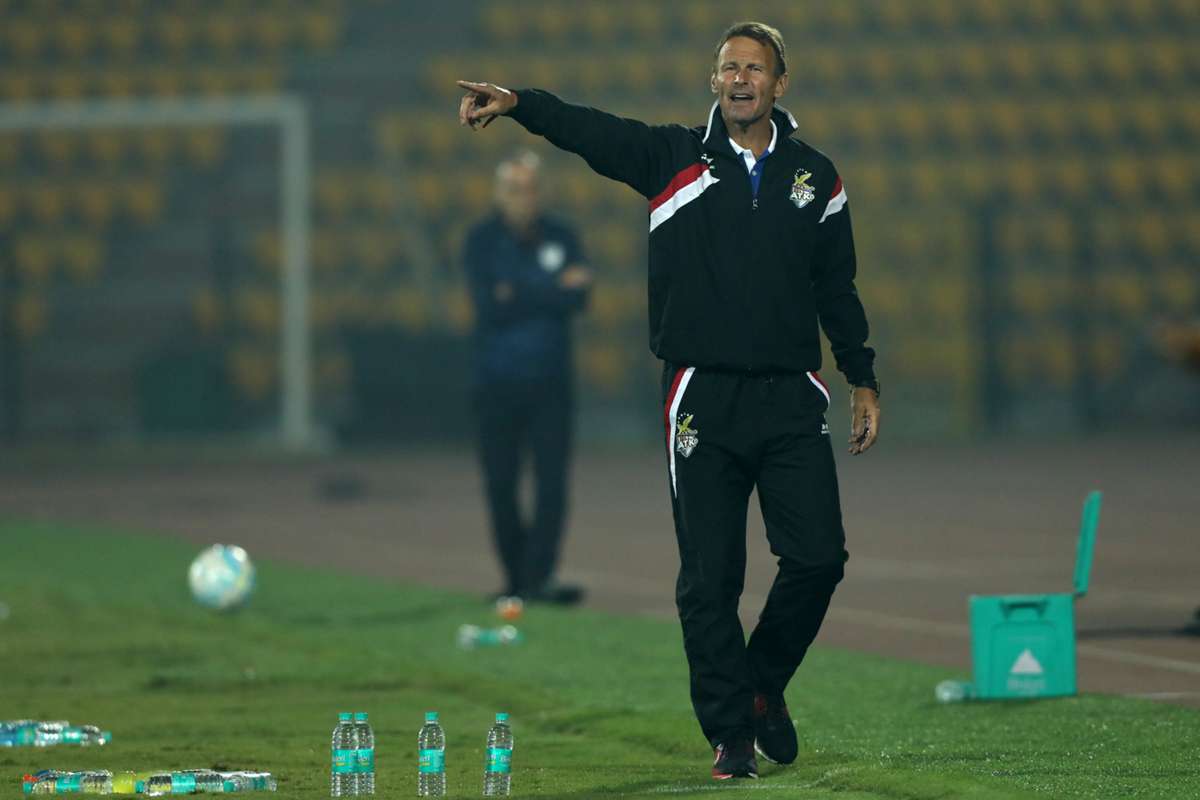 Since retiring from professional football at the impressive age of 42, Sheringham has dabbled in football management with a couple of ill-fated spells with League Two outfit Stevenage and Indian Super League side ATK. It would seem that Teddy’s talents lie more at the poker tables than in the manager’s office. Sheringham has racked up a staggering $329,475 in live poker earnings at the time of writing. The most notable being a €93,121 fifth-place payout at the 2010 European Poker Tour Main Event in Portugal.

Sheringham was last spotted playing in November 2014 at Stratford, London for Unibet’s Golden Cash Game. This high-limit televised Texas Hold’em cash game celebrated Unibet’s contribution to the online poker scene, which sees them offer one of the most lucrative play through deals for new customers. Sheringham sat down alongside some of Scandinavia’s biggest sporting stars and pundits, including Finnish ice hockey icon Esa Tikkanen.

Football will always be Sheringham’s first love, however. In a recent interview with the English FA, Sheringham revealed his favourite game in an England shirt – the 4-1 demolition of the Netherlands in Euro 1996. Sheringham bagged a brace at Wembley which saw the nation cling to the hope that 1996 could finally be the year that England ends the so-called “thirty years of hurt”. Although England were eventually knocked out in the semis on penalties by rivals Germany, Sheringham still regards Euro 96 as an “incredible summer to be an England player”.