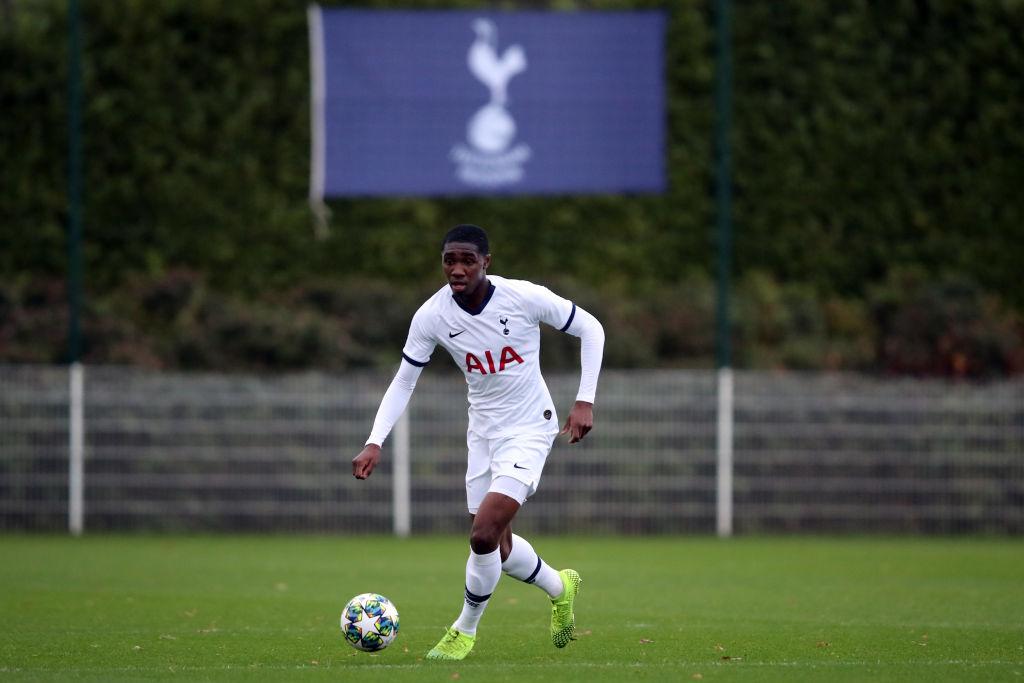 A youth product of Tottenham has extended his stay at London after signing a new contract with the club, recently. With this, Malachi Fagan-Walcott has entailed a bright future with lots of opportunities to come.

The young Tottenham defender has morphed from being an academy product to the one for the future after signing his first professional contract. The youngster has stepped up in a lot of U18 games for the club as a centre-back.

Moreover, the likes of ageing Alderweireld and Vertongen further enhances his chance of getting a start in the start of the defence for Spurs senior team. The Lily Whites are napped with the absence of centre-backs and entry of a young future surely give them the boost.

The central defender has played three games in Premier League 2 this season, and was also a part of the Europa League youth team that won against Olympiacos 1-0.

Thus, the teenager has been awarded for incessant loyalty and unambiguous love towards the club by a professional contract. The youngster took on Twitter to officially announce his contract.

“Happy to have signed my first professional contract with @Spursofficial,” he posted. “A very proud moment for me and my family.”

Happy to have signed my first professional contract with @spursofficial ✍🏾🙏🏾 A very proud moment for me and my family🙌🏾❤️ pic.twitter.com/3rDe76wX84

Fagan-Walcott has already represented England for U15, U16, U17 competitions and the district 200m spring Champion may try and catch the eyes of new Manager to bring himself into the senior team sooner than expected.