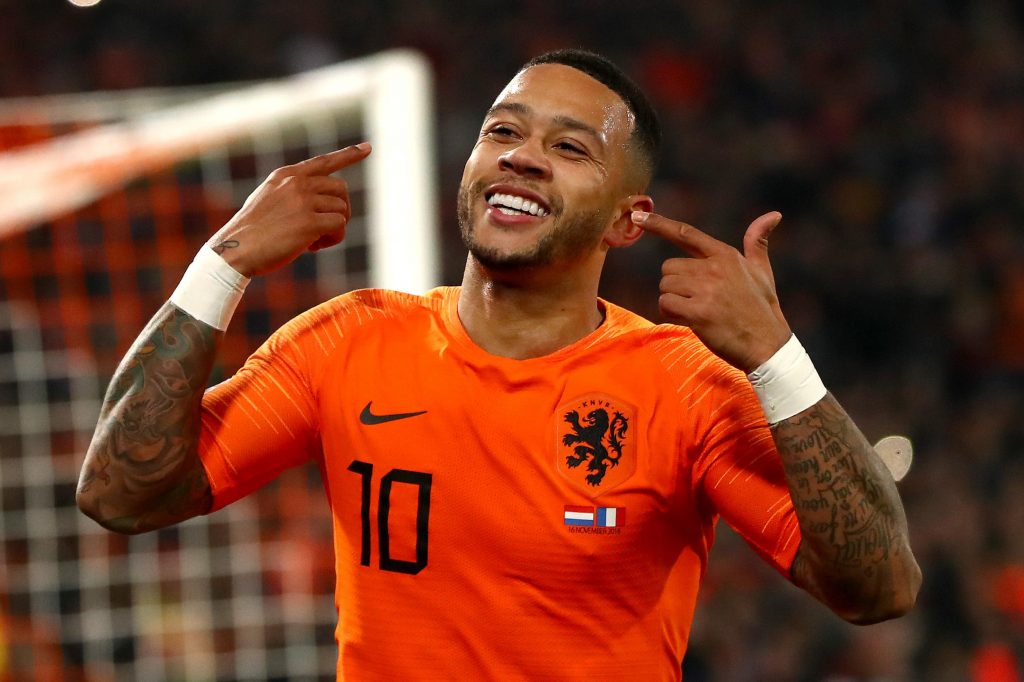 The Dutchman joined the Red Devils in 2015 for reportedly £25m after enjoying huge success in the Eredevise with PSV. But the Dutchman flopped, as he was only able to bag 2 goals in his 16 Premier League starts in the 2015-16 season. Eventually, the striker fell out of Jose Mourinho’s plans after the sacking of Louis Van Gaal, and secured a transfer to French side Lyon for a reported fee of £15m.

Depay has come back to life for Lyon, scoring 41 goals in total in the Ligue one over the past 3 seasons. He is also a vital player in Ronald Koeman’s Netherlands side.

Depay’s excellent form has lead to him being wanted by many of Europe’s top clubs. One of them, are English Giants Tottenham. The Lilywhites have had Depay scouted in the two Champions League matches between Lyon and Benfica. They also got a glance at another target, former Fulham and Celtic striker Moussa Dembele.

Memphis Depay, being aged only 25, will surely be a great signing for Spurs, given his recent form in the Ligue 1. Spurs although, will have to shed nearly twice the amount that Manchester United paid for the forward. The Red Devils also have inserted a buy back clause, and sell on clause, meaning that they will make a considerable amount of whatever Spurs pay for the forward.

With Tottenham struggling, they will certainly look to bolster their attacking options in January. The speed and physicality of Depay is ideal for the Premier League, however his inability to adapt to the Premier League in his stint with Manchester United might cast a doubt in the mind of Spurs.