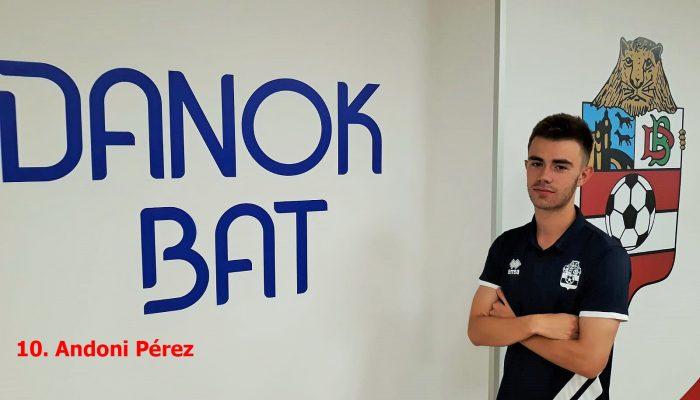 Spurs have identified Spanish wonder kid Andoni Perez as a potential target as they look to strengthen their midfield and attacking options for the next season.

According to Spanish media outlet El Correo, Spurs have joined the race to get the signature of the player alongside clubs like Barcelona and Real Sociedad.

The player has been a revelation this season which has caught the attention of clubs from across Europe. With his contract set to expire this summer, the player is considering his options. Perez currently plays for Under-19 side of Danok Bat who have a good reputation of developing talented young players.

Spurs fear to lose Eriksen who has not yet signed a new contract with the club and is heavily linked with a move to Real Madrid and Bayern Munich and with Spurs on course to another trophy-less campaign the player may be attracted to leave the side.

Spurs have gone two transfer windows without making a new signing and will look to end that drought his season as they look to lift their first piece of silverware since 2007. Spurs will be a good option for the player with the side on course for another top 4 finish and European football next term.

Besides Spurs have been keen to give opportunities to young players with the likes of Winks, Foyth, KWP and Skipp all making their way into the first team this season.