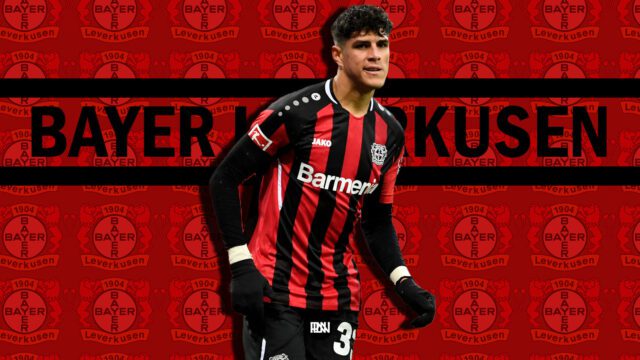 Tottenham Hotspur are on the verge of preparing a transfer bid to snap up the services of Bayer Leverkusen defender Piero Hincapie.

As reported by German outlet Kicker, Spurs are ready to bid upwards of €35 million (exact figure not known yet) for the centre-back this summer. Adding a profile that matches with a centre-back on the left side is something the gaffer is on the lookout for.

Now, the N17 boss has identified Piero Hincapie as a target and is keen to make a potential transfer ahead of the next season. It is long known that the gaffer has his eyes set on the market for a defender.

Moreover, a number of centre-backs were linked with a move to the North London club this summer,  following failing in the pursuit of their top-target Alessandro Bastoni and talks slowing down with Milan Skriniar, Conte has turned to Hincapie.

His main position is the centre-back role but can adjust to playing as the left-back. The gaffer has been impressed at how the player can ease into the left-back position comfortably which is why he is invested in him.

He made 33 appearances for the club across all competitions this season. At Leverkusen, the manager mostly used him as a left-back and occasionally in the central role.

The left-footed defender enjoys keeping the possession and attempts in making crucial passes that can set up a good attack. The player has a pass completion rate of 83.4% and the North London club manager can put faith in him.

Embed from Getty ImagesAs per the reports, Tottenham could launch the bid very soon for the player. It remains to be seen what the Bundesliga club would make of the bid. However, such a bid for the youngster could tempt the club into considering it and making an exit possible.

Having completed three major signings already this summer, it appears as though the boss at the N17 is not willing to slow down his engines. Keen to secure the services of Hincapie, a transfer may very well be on this summer ahead of the next season.

Bent urges Tottenham to do everything possible to sign Kai Havertz