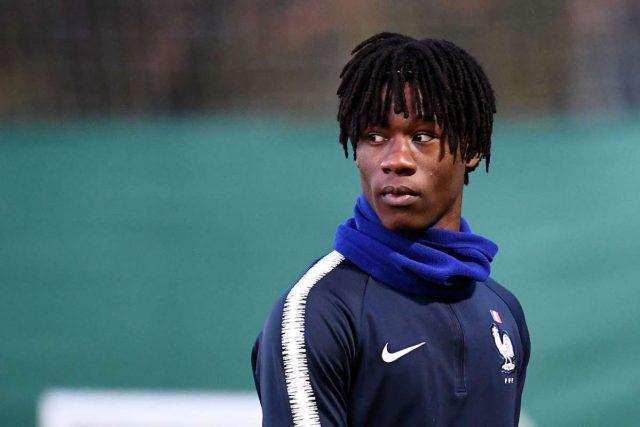 According to reports, Tottenham are planning to raid Rennes for teenage sensation Eduardo Camavinga in the next summer transfer window.

At the age of 17 years, Camavinga is the most hottest prospect with France head coach Didier Deschamps already giving him his first International cap with Les Bleus.

He led his club to a Champions League finish in his breakout campaign as a professional. The French club value him at around £54m with every major club keeping an eye on Camavinga’s situation. Real Madrid made an attempt to lure the French International but failed in doing so.

He has already clocked up 50 senior appearances for Rennes’s first team with seven of them coming in this year. Spurs’s recent meltdown against West Ham United suggests they are far from the finished article and they will strive for more signings in the future.

The club had signed Gedson Fernandes on loan from Benfica but so far the youngster has failed to impress Mourinho and Spurs hierarchy is it is unlikely that Tottenham will take up the option to buy on a permanent basis. So bringing Camavinga will certainly boost the chances of winning the long awaited first league title in 60 years.

Tottenham likely to be handed no-show defeat against Rennes