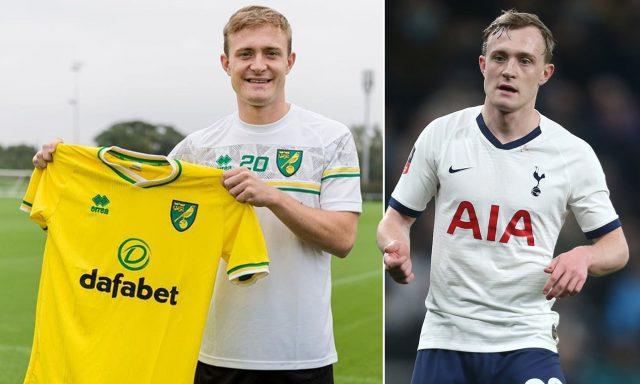 Tottenham confirmed on their official website that Oliver Skipp has been ruled out for atleast six weeks having undergone a procedure to repair a metatarsal fracture sustained on loan at newly-promoted Norwich City.

The youngster had surgery to mend the fracture in his foot, and this type of course of action can generally take around six weeks to fully recover, meaning the England U21 international could miss the initial stages of pre-season depending on how he progresses his recovery.

“Oliver Skipp has undergone surgery to repair a metatarsal fracture.

“Oliver has spent the season on loan at Norwich City and sustained the injury late on during their 4-1 win against Reading on Saturday, a game which secured the Canaries the Championship title.

The England Under-21 international will undergo a period of recovery and is expected to return to training during the pre-season period.”

Skipp has been a sensation with the Canaries in the Championship, helping Daniel Farke’s side to promotion back to the Premiership and featuring for the men in Yellow and Green in all of forty-five league games so far this season.

The 20-year-old has gone strength to strength with each passing year, after breaking through under Mauricio Pochettino. He might not be able to take the field for the rest of the season, but featuring in 45 games and maintain performance consistency is an incredible achievement.

Although Skipp will miss out on pre-season owing to his surgery – he has shown he needs a taste of big league and big games with a full season of Championship football under his belt.