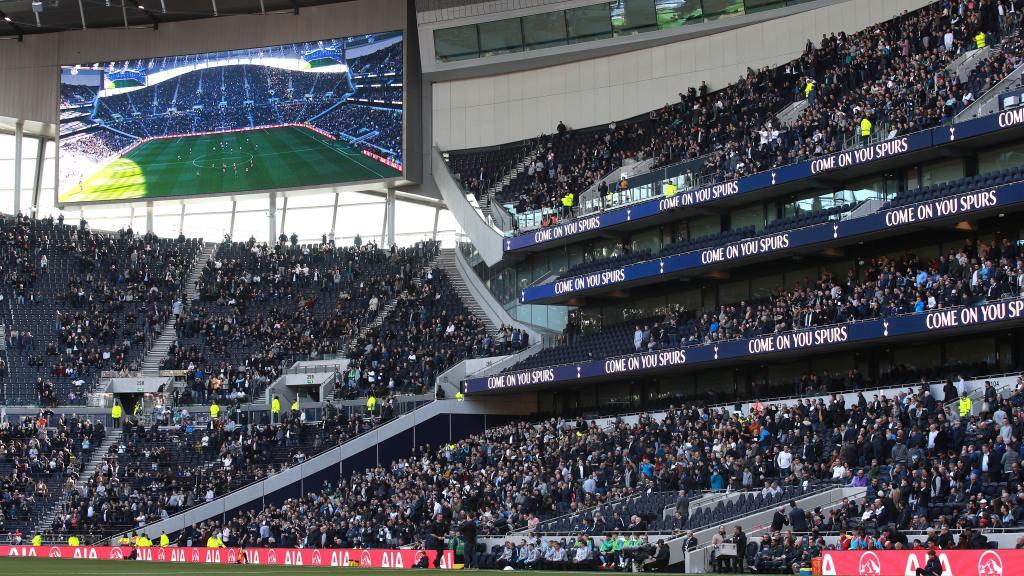 Tottenham Hotspur have reportedly banned fans for “persistent standing” in the new stadium. Tottenham moved into their new stadium when they hosted Crystal Palace earlier this month and in just couple of matches at new stadium are cracking down on supporters “failing to heed requests from the stewards”.

The Club officials sent an email regarding the ban after having already warned the fans before the 1st leg of Champions League clash against Manchester City in the new stadium.

In the mail, Tottenham wrote: “It is important that everyone is able to see the match and enjoy it.

“We appreciate that fans will rise up at key moments in the match.

“Persistently standing for the whole match or for long periods, along with failing to heed requests from the stewards and fellow fans to be seated, is not acceptable behaviour, notwithstanding it’s against ground regulations.”

Before the match, Spurs claimed: “Fans are reminded that, as has always been the position in Premier League and Champions League stadia, standing during matches is against ground regulations.

“The offence is punishable by stadium bans and clubs are at risk of having capacities reduced in certain areas of the stadium if persistent standing is not dealt with.

“We, therefore, ask for your maximum cooperation with our stewards on this extremely important matter. If you are asked to be seated by a steward, please heed this instruction.

“This ensures that everyone can enjoy the match-day without obscured views and in a safe environment.”

Tottenham are all set to visit Manchester City after defeating Huddersfield Town 4-0 as Lucas Moura emerged from the shadows without the likes of Harry Kane and Dele Alli.