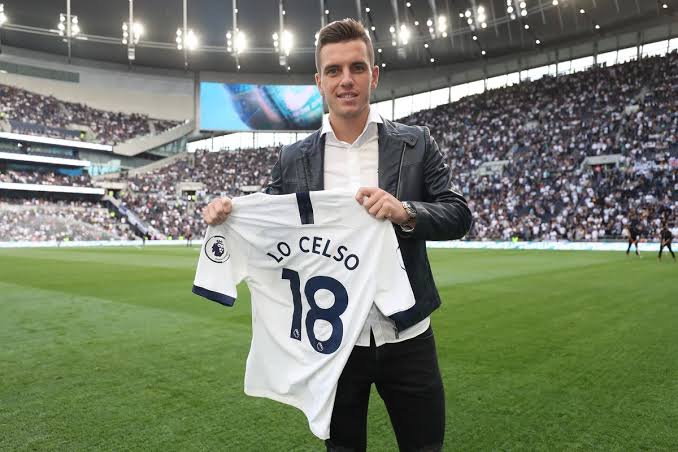 Tottenham completed the signing of Giovani Lo Celso in the dying hour of this summers’ transfer window, and Spurs faithful has been itching over his involvement in a way or another, although understandably the Argentine was not part of Mauricio Pochettino’s eighteen man squad in Spurs 3-1 win over Aston Villa in the Premier League opener – as he didn’t made it to any training session in the build-up and its probably gonna be a while before we see him take the field.

But the craving of involvement which I was talking about, well atleast that is covered to an extent as Tottenham tweeted out a video of Giovani Lo Celso’s first training which shows the Argentine with the ball at his feel and participating with his new teammates in training drills.

Its only a training video, but its always exciting to see the new recruit gelling in with his new teammates, especially when he is of a statue of Giovani Lo Celso. You can certainly get glimpses of his skillset complemented by what he brings to the table.

Tottenham now travel to Etihad Stadium, Pep Guardiola’s fortress, as they face Manchester City in the Premier League and it will be interesting to see what Poch does with Lo Celso. With only a few training sessions under his belt, might it be possible to see Lo Celso make the bench?