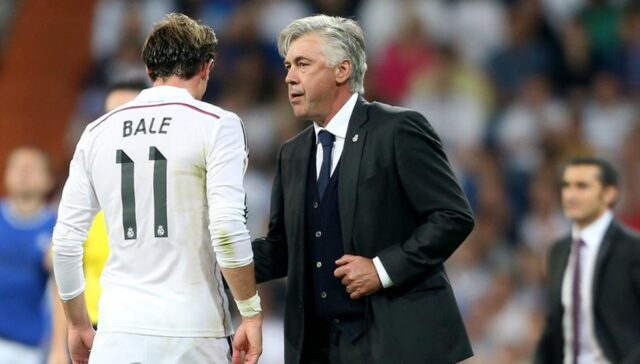 There were talks about Tottenham having the first option to reject any potential move for Gareth Bale, alongside an option to take him back on loan once again. But the Welshman’s agent Jonathan Barnett has belaboured those suggestions claiming that Spurs DO NOT have an option to re-sign Bale for another campaign.

Gareth Bale returned to N17 last season from Real Madrid and now has only one year left on his lucrative deal at Santiago Bernabeu.

It appeared that Bale’s time at Real Madrid was done with Zinedine Zidane at the helm, but the Frenchman’s successor Carlo Ancelotti has expressed his love for Gareth Bale and believes he can enjoy a strong season at Madrid “if he is motivated”.

The soon-to-be-thirty-two-year-old is scheduled to hold talks with Ancelotti post his vacation following Wales exit from European Championship on Saturday night.

Return to Spurs was highly expected at the conclusion of last season, with Tottenham paying a percentage of Bale’s reported £500,000-a-week wages during his loan (like they did last season) – though with complications surrounding replacement for Jose Mourinho has mooted those suggestions.

Jonathan Barnett confirmed that the Whites from North London do not have any option to sign Gareth Bale for a year or on a permanent deal.

Barnett speaking with Standard Sport: “As I have said from the beginning, there is no option. Gareth has no agreements whatsoever. He is under contract to Real.”

Gareth Bale walked out on a press on Saturday when asked if Wale’s 4-0 defeat to Denmark in the final-16 of Euro 2020 could be his final game in Welsh colors, but have since came out about his willingness to continue at the club as well as international level.

“I want to continue to play. People ask stupid questions all the time, but obviously I love playing for Wales. I’ll play for Wales until the day that I stop playing football. We’ve just started the World Cup campaign, and we need to take this [Euros] experience into that. I feel like we have a very good way of playing when we play well and we need to keep that confidence high, keep playing football and I think we can qualify for the next World Cup,” said Bale.

Despite his struggles with fitness, Gareth Bale finished with sixteen goals in all competitions last season, of which eleven came in the League – where he started only ten games.