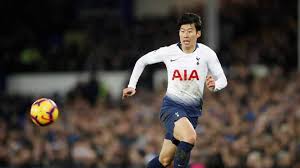 Tottenham is on top of the world with back to back spectacular performances from the side. Since their 4-2 defeat to Arsenal in the Premiere league, Tottenham has made a come back which saw them Book their place in the EFL semifinals as they knocked out Arsenal to avenge their defeat. Later went on to have a spectacular display at the Camp Nou and draw it to book their place in the Round of 16. And since then Tottenham are showing no signs of slowing down as they hammered Everton and Bournemouth 6-2 & 5-0 respectively.

Heung Min Son has scored 2 braces in the last 2 matches while Eriksen, Kane, and Ali also put up a great performance and got on the score sheet. This form has led to Tottenham dethrone City from the 2 place in the league as the latter suffered 2 back to back defeats against Crystal Palace and Leicester City.

All this has led to Spurs create a unique record and have become the first team to not draw any of their first 19 games of the season. Tottenham have so far won 15 of their opening 19 games and lost 4.
Spurs fans are dreaming of finally seeing their club lift a trophy since almost a decade and given the way the team is playing it is very likely to happen.

Spurs next host Wolverhampton and then travel to Cardiff City.