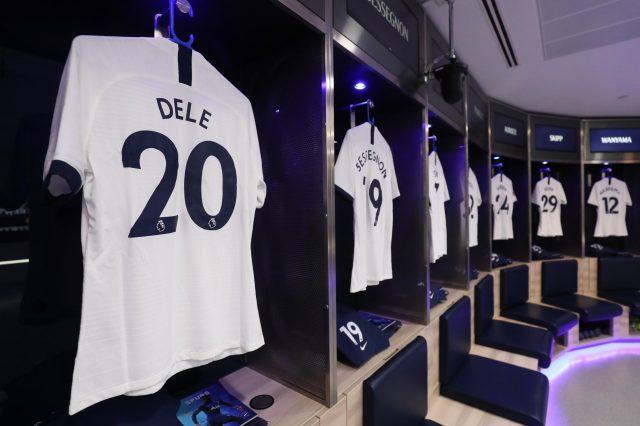 Tottenham released the shirt numbers of their full squad ahead of the opening match of the 2020/21 season.

The club confirmed that from their new signings, defender Matt Doherty would wear the number 2, goalkeeper Joe Hart with the number 12 shirt and Danish international Pierre-Emile Hojbjerg would be assigned number 5.

#️⃣ 👕 Our Premier League squad numbers for the 2020/21 season have been confirmed!

In terms of the major changes in terms of numbers, youngster Japhet Tanganga will take up the 25 number shirt in place of the number 39 shirt he wore last season. The 21-year-old impressed since his debut for the first-team in the top-flight and went on to make a total of 11 appearances under Jose Mourinho in the latter stages of the season.

Tottenham’s academy graduates Harvey White and Dennis Cirkin have been given the No.48 and No.49 shirts respectively after Mourinho confirmed that the pair would be part of the first team this season.

Among those missing was England international Danny Rose, who previously wore the No 3 shirt, whose name was omitted from the list and has not been assigned a shirt number. The 30-year-old fell out with Mourinho last season and spent six months on loan at Newcastle before returning to London at the end of last season. The defender still has one year left on his current contract and is expected to make a switch to Serie A side Genoa in the upcoming days.

Defender Cameron Carter-Vickers was also missing from the list, sparking rumors that the American international could be on the move with just one year left on his contract. The 22-year-old is yet to make his debut in the league despite spending over five seasons at the club. Several fans were disappointed with the defender being left out of the list while others appeared convinced that he was close to exiting the club.