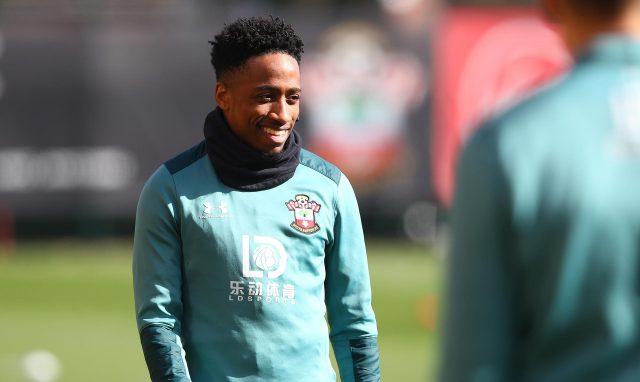 Having lost in their opening fixture at home to Everton, Tottenham Hotspur will travel to the south coast to face Southampton in their second Premier League game.

Ralph Hasenhuttl’s team were also unfortunate in their first game of the season losing to Crystal Palace and the game against Jose Mourinho’s team will be a chance for redemption.

Two men will be in the limelight on Sunday at the St Mary’s Stadium – Pierre-Emile Hojbjerg and Kyle Walker-Peters having seen both players swap teams this summer.

However, it is Walker-Peters that Tottenham will have to worry about ahead of the encounter and everything points out to be the case in this situation.

The young right-back was promoted into the Tottenham first team in 2017 after three years with the club’s Under-23 side, but with opportunities had to come by, he has finally chosen Southampton as a new home.

What makes the youngster an exciting talent to watch is his great pace and ability to cover grounds whether as a right-back or as part of a middle five in the case of a 3-5-2 formation.

The 23-year-old can cause a worry or two operating on the right flank and that is why he has become so crucial for the Saints since initially arriving on loan for the second half of the 2019/20 campaign.

Though too often caught in possession, the defender has always had the chance to redeem himself in attacking position, which was evident from his side’s lost to Palace last weekend.

He lost possession 26 times in 90 minutes but ended up creating one big chance which his attackers failed to convert.

Likely to come up against Heung-min Son and Ben Davies, both of whom he has advance over in term of his pace, Walker-Peters will be hoping to get a good game and show Spurs why he is the real deal.

Tottenham will definitely be wary of his speed going forward and that will be one of the many problems Mourinho will be looking to curb.

Tottenham reportedly ‘working’ on a deal for Jannik Vestergaard