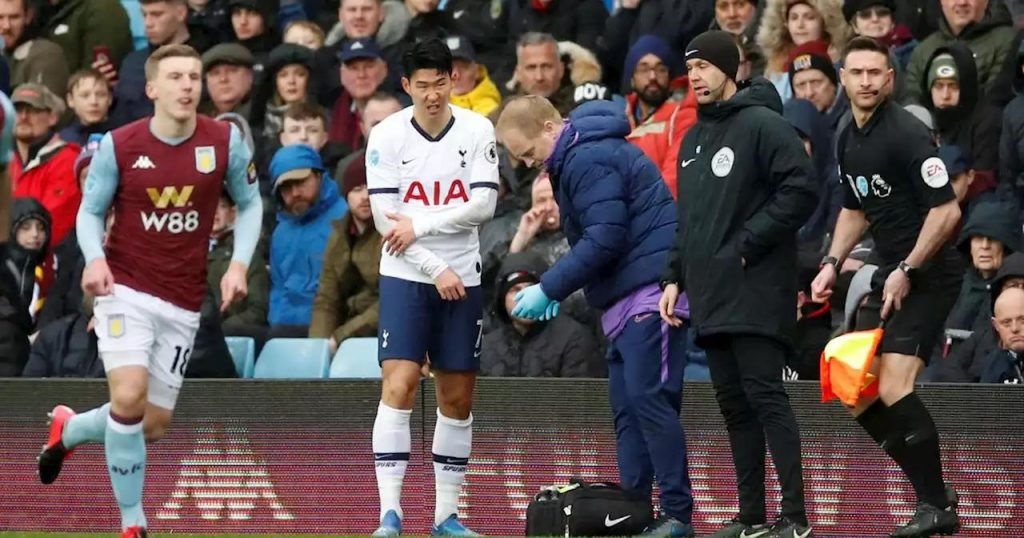 Jose Mourinho is already having an injury tough luck as joining Harry Kane on the treatment table is Heung-Min Son who faces out for a number of weeks after suffering a broken arm in Spurs’ 3-2 win over Aston Villa on Sunday.

Spurs official site issued a statement on Tuesday reading: “Heung-Min Son is to undergo surgery this week after sustaining a fracture to his right arm.

“The South Korea international suffered the injury during our win against Aston Villa on Sunday.

“Following surgery, our medical staff shall be reviewing management options for Son’s rehabilitation with the player expected to be sidelined for a number of weeks.”

#THFC forward Heung Min Son will be out for up to two months after suffering an elbow injury at Villa Park on Sunday.

Spurs will be without Kane AND Son untill April 😱#UCL #PL #COYS pic.twitter.com/CN5OzWvpI4

Son was seen with clutches on his right elbow when interviewed by Sky Sports post match, and it is said the Korean went for a scan on Monday & he is estimated to serve sidelines for six-to-eight weeks.