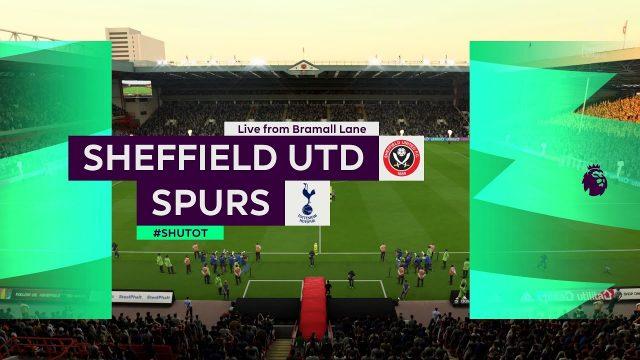 It will be a battle of seventh against eighth on the table when Tottenham Hotspur take a trip to the Bramall Lane to play Sheffield United in the Premier League.

If one team has not benefited from the halting of the league in March, it has got to be Chris Wilder’s side. They taken only one point from three games played since the league restarted, losing to Newcastle United and Manchester United respectively.

Jose Mourinho’s team have also come from the lockdown firing from all angles as they fight for Champions League football next season.

The return of Harry Kane, Heung-min Son and Moussa Sissoko have all added to the positive mood in the dressing room and have four points from three games since the restart.

For Sheffield, John Lundstram was forced off in their 2-1 FA Cup loss to Arsenal and will miss the welcome of Tottenham, with Sander Berge expected to start in his absence.

Jack O’Connell remains a doubt for the encounter and that should pave way for Jack Robinson continue at the back for the Blades. Wilder is also not expected to make a lot of changes to his squad against Mourinho’s side.

Troy Parrot, Japhet Tanganga and Juan Foyth still continue their recovery process and are unavailable for the game on Thursday.

Tanguy Ndombele, whose future looks uncertain under Mourinho is also likely to be named on the bench was again, while Erik Lamela may come into the starting team.