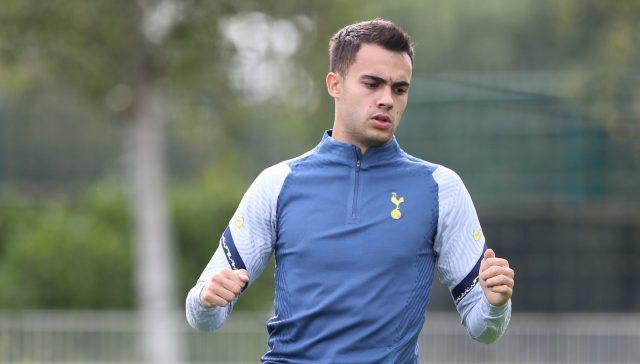 According to reports, Real Madrid are interested in re-signing Sergio Reguilon to add cover to Ferland Mendy.

This development comes on the back of poor displays by club legend Marcelo. The Spanish International has adjusted well to life in England helping Tottenham Hotspur batter Manchester United at Old Trafford and providing the assist for Erik Lamela’s goal in the League Cup game against London rivals Chelsea.

Real Madrid had inserted a buy-back clause in Reguilon’s contract which lasts for two seasons after they sold him to The Lilywhites for a tune of £27.5 million. United too were interested in securing his services but backed out of the deal after Madrid intended to insert a buy-back option into his contract signing Porto full-back Alex Telles instead.

After making the switch to Tottenham, Reguilon made his International debut with the Spanish national team in 4-0 over Ukraine. Marcelo has a contract with Madrid running upto 2022 season and even if Real decide to activate the clause, Reguilon will have the final say on the transfer.