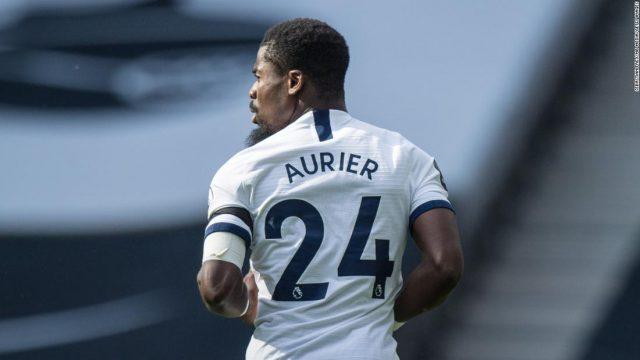 Tottenham are arguably the best team in the Premier League at the moment and any potential doubts about that were silenced when they defeated Manchester City 2-0 at the New Tottenham Hotspur Stadium.

Harry Kane, Eric Dier, Son Heung-min, Pierre-Emile Hojbjerg and Tanguy Ndombele were all applauded for their displays at the weekend but there was one player who went under the radar and that was Serge Aurier.

A player who has been on the receiving end of criticism whenever Spurs fail to perform, Aurier has been playing second fiddle to new summer signing Matt Doherty. But against Man City when the Irish International tested positive for COVID-19, Aurier proved that he wants to improve and give Doherty a good fight for the right-back spot.

According to stats, no player made more successful challenges or won more aerial duels than Aurier whilst also he cleared the ball four times during the match. Infact the Ivorian International has been one of the most clinical defenders in the league with only two players completing more percentage of successful challenges. This is an improvement for a player who fans & pundit criticized and labelled him as a ‘liability’

Although he had a pass accuracy of only 56%, most of these passes were forward ones meaning he is not looking to play sideways or attempting back passes which shows the attacking mentality of Aurier. Entrusted with just 270 minutes Premier League minutes this year, the former PSG player has been a hard worker making 5.6 tackles & interceptions, 3.7 clearances and committing two tactical fouls per 90 mins whilst also contributing to 2 goal & assists as well. These are amazing numbers for someone who has been a second choice right-back.

But in the past Aurier’s form has yo-yoed and it is not to be said quickly that he should displace the excellent Matt Doherty but in the 27 year-old the Portuguese head coach has a player who can rely on anytime. His improvement has gone under the radar and like his teammates he is equally responsible for the terrific form that Tottenham Hotspur have been in.